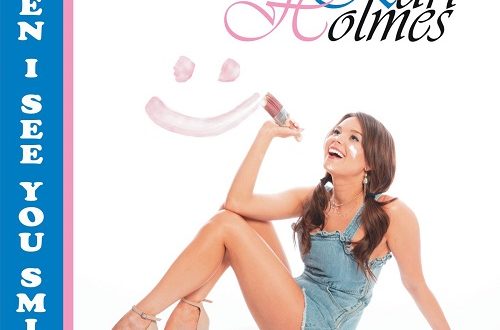 Kari Holmes “When I See You Smile” (LP)

Honestly, Kari Holmes doesn’t need much to sound like a truly divine force in a performance, but beside the delicate piano keys of “Making Heaven a Home,” she sounds even more provocative than she already would have. In her first full-length album When I See You Smile, this dedicated country singer is pulling out all the stops to show her audience that she has what it takes to bring Nashville into a new era, and going off of the magic she brings to the table in songs like “Hurts Bad” and “Came Here to Dance Alone.” I would have to say she’s on the right track. This is one of the most exciting generations of singer/songwriters to come into focus in a long time, and Holmes proves to have quite the role to play among the best in the game here.

The piano isn’t the only instrumental companion this artist will accept in When I See You Smile; to me, there’s nothing quite like the guitar-born harmonies in “Devil Devil,” “Just to Hear Your Name,” and the Jewel-reminiscent “Even If You Don’t.” Holmes works the six-string for everything it’s worth on every occasion she gets here, and although I think she does well with other melodic instrumentation, I do find her more minimalistic arrangements to be some of the most flattering for her vocal style. She doesn’t need synthetics, but instead a simple stage atop which she can croon the way so many of her influences and legends the same once did.

There isn’t a sliver of hesitance in Holmes’ voice when she steps up to the plate for the title track, “Deserves to Be Loved,” and “One Step Beyond,” and I like that she isn’t intimidated by balladry when it comes to maintaining a swaggering attitude. One of the biggest pitfalls I encounter a lot of young players in her peer group falling into is the anti-ego trap, which more often than not produces a flaccid narrative no matter what the tone or tempo of a song or album happens to be, but this isn’t an issue I see her running into. She’s got the confidence to say anything she wants in When I See You Smile, and that’s something I wish I could say for her contemporaries in Nashville today.

Kari Holmes has grown a lot in the past six years, and whether you were a fan of her debut EP back in ’16 or are just now getting into her sound through the slew of popular singles she released in ’21, When I See You Smile should be on your list of must-hear country records hitting store shelves this season. Her voice is raising the bar for both her future output as well as that of the other country singers trying to make a name for themselves in the mainstream and underground the same, and when it’s given room to really own the spotlight in songs like “It Ain’t Real If It Ain’t You” and “Just to Hear Your Name,” it’s just about impossible to reject.

User Rating: Be the first one !
Share
Previous JON MOSS
Next ANIKA