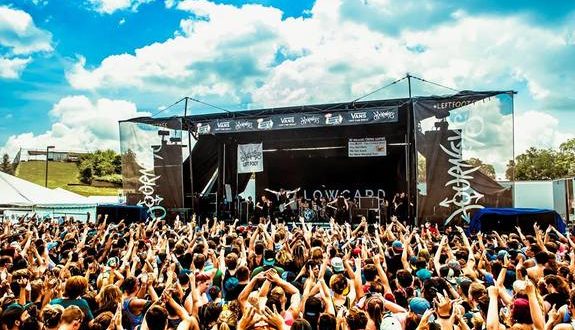 The Warped Tour is History

The summer touring rock festival will officially be a thing of the past after 2018. Warped Tour just announced that after 24 years, it’s last year will be 2018.

Speaking to Billboard, founder Kevin Lyman blames a big dip in attendance and a lack of 14 – 17 year olds and overall casual fans in recent years as to why the tour can’t risk moving forward after next year:

“We were doing fine, but we had a pretty big dip last year. It was that younger end of the demo. It was an interesting tour — the bands didn’t feel the dip because the fans that were there were super engaged… Everyone’s lining up at 11 o’clock and they don’t want to miss a band. So that [younger] demo changed, but then I talked to people after the tour and bands did great on merchandise, they had great crowds — everyone had good crowds in front of the stage. But that casual fan that’s learning how to go to a music festival — they were not there last summer,” explained Lyman. “It was a really great show, sponsors were happy, but our attendance was down. ”

Lyman says the culture is changing and kids don’t want to go out anymore:

You talk to people across the country and they say, “Yeah, my kids don’t want to go out anymore. They just stay in their room. They want to stay in their room and they want to watch Netflix.” So I think as an industry, we’re gonna be facing some big challenges. And then some people go, “Well, kids are into hip-hop right now.” And I go, “Well, the younger end of that is not going to shows.” But if we don’t get kids out of their rooms and going to shows, they’ll turn into 18-to-21-year-olds soon… If you don’t have the DNA of going to concerts by then, it just doesn’t become a part of your lifestyle.

Lyman notes that even though the tour won’t continue in its current form, the Warped Tour brand will be alive in some manner in 2019, with previous teases of cruises, small runs in Mexico and perhaps elsewhere.