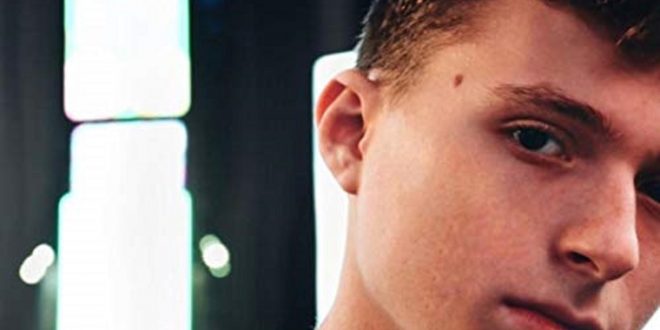 A glimmering note slips through a dark synthesized wall of sound in the opening bars of Angelo David’s “This Place” only to start expanding before our very ears, slowly at first and then suddenly without any warning. The subtle bass that skirted the forefront of this anti-melody falls backward as David begins to sing, evoking a sense of danger that is impossible to escape as his words echo off of the drums’ hollow pummeling. The energy is as brooding as it gets, but there’s the feeling that we’re about to cross over into something really bright and warm just around the next bend. That feeling proves true as we meet the chorus for the first time and find ourselves entrapped in its vicious grind.

David unflinchingly dispatches his words amidst all the chaos of melodies binding together and ascending to the heavens from which they came. The pitch of his voice modulates with the sprawling grooves of the chorus without ever breaking or skipping a beat, and just when we think he’s about to finally finish us off with a throttling bassline that shadows his every utterance, he recoils and the music follows suit. The reverberating glimmer that we started with returns, reflecting a stinging tension that is actually the foundation for David’s ripping tonality in this song. His second stanza is more rebellious that his first, his words a tad more cutting and his delivery just a bit more forceful. The kindling beneath his vocal track is getting too hot to handle, and it’s in the second chorus where it becomes an all-out blaze.

Similar to Lorde’s “Tennis Court,” “This Place” utilizes bluntly mixed synthesizers that could soundtrack a video of tidal waves violently tossing a ship as easily as they could a packed dance floor in the hottest club around. David goes out of his way to make sure that the similarities between his style and that of his contemporaries end there, and as we near the song’s conclusion the mix becomes much grittier and stacked in favor of the bludgeoning percussion, which doesn’t really come to life until the very end of the track. Rousing would be one way to put this arrangement, but I think I’d prefer to use the term imaginative instead.

As the final chorus craters us with the emotional verses that make “This Place” as appealing a pop song as it is, David’s calming voice becomes transcendent in form and meshes with the suffocating synths that have been swirling around him. I found myself listening to this song several times in a row just to connect with that stunning moment, which is a mixture of catharsis and pain that is thought-provoking and visceral. All in all, Angelo David takes a lot of big risks with “This Place” but ultimately comes out on top, looking even more skillful than he has with previous releases of an equally ambitious design. David is going places fast, and this single is a fine measurement of his mammoth progress since first breaking into the New England scene just a few short years ago.