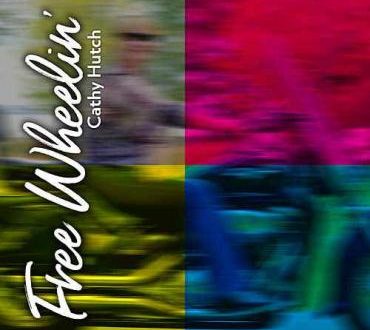 The very first song to reach number one on the Billboard Hot 100 was Ricky Nelson’s “Poor Little Fool” in August of 1958. Since then, over a thousand different songs have held the same chart position as Nelson’s Sharon Sheeley-penned classic from his self-titled sophomore album, and each one of them has made a unique impact on the progression and evolution of pop culture as we know it. A lot has changed since 1958 musically, socially and technologically, in addition to the collective taste of the consumer. Just this past week Childish Gambino’s “This is America” has been dominating the number one slot, and back in 1998 when I was just a kid living in the Midwest, Goo Goo Dolls’ emotionally charged ballad “Iris” went on an 18 week hot streak in the same slot that literally no one thought was going to end. Nelson, the Goo Goos, Childish Gambino; it’s completely and unequivocally impossible to foresee where the needle will drop next. One thing is certain though, when you hear the magic in an aspiring artist, someone whose really beginning to come into their own, you instantly can recognize it. I’m not just talking about writers and music journalists, either. Anyone who truly loves good, deep thinking music knows “the note” when they hear it. And when it’s present, you’d better look out for the momentum that comes thundering along with it. Coming like a stampede out of the breathtaking wilderness of New Brunswick, singer/songwriter Cathy Hutch is back with her latest contribution to the great Canadian songbook in Free Wheelin’, her brand new, magnificently blues-tinged LP.

Canada has always had a remarkably undervalued music culture when juxtaposed with America’s overwhelming supremacy when it comes to influencing the direction of western pop culture. Cathy Hutch is well aware of just how competitive of an environment it can be; her career launched with the thrilling debut full length album Not Goin’ Back and Hutch has put a lot of miles under her belt and received her hard-earned stripes as a road performer since her first trip into the studio alongside Mike Brignardello, Pat Buchanan and Lonnie Wilson in Nashville. Along her travels she’s picked up a lot more fortitude and foresight as a composer, demonstrated particularly well in the songs “Attitude of Gratitude” and “To Say Goodbye.” “Attitude of Gratitude” comes undone from the mounting pressure of a searing fuzz-laden riff that is led by defiant, barking vocals that demand common decency in a civilization run rife with ill-mannered people. “To Say Goodbye,” on the contrary, is an incredibly moving lament of a love gone astray, and moreover, the dark cloud of impending doom that looms over any dissolving romance that once burned bright.

The most incredible aspect of Free Wheelin’ is its ability to present Cathy Hutch in the full scope that we’ve been craving as listeners for too long now. This is the platform, the stage if you will, that she has worked hard to stand upon and has rightfully earned. I’m so interested to see what she does with this chance, and I advise pop fans to do so as well.