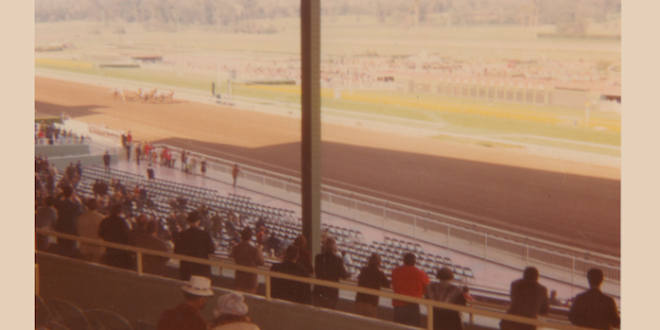 China releases And Then Nothing Happened

Bursting at the seams with a colorful resonance just dying to penetrate the speakers and impart unto listeners its natural warmth, a delicate set of guitar strings piece together a melody that wraps around us and doesn’t let go for anything. It’s joined by a blustery bassline, aching vocals and studious percussion that pulsates like a beating heart; the rhythm is intoxicating, but it isn’t forceful, much like the harmony that the different instruments are conjuring up before our very ears. This is China’s And Then Nothing Happened, and more specifically the song “Carnations,” which along with nine similarly stylized ballads promise to challenge your perception of what contemporary folk music is supposed to sound like.

After spending a lot of time listening to And Then Nothing Happened, one thing above all else became undeniably clear to me. China spared no physical nor financial expense when crafting their latest LP, as is evidenced by the dynamic realization of otherwise plaintive compositions like “Last Straw,” “Marnie,” “St Jerome,” “If I Had to Move” and the title track. Essentially every part of each arrangement is given the VIP treatment within the master mix, and rather than feeling like we’re just listening to another studio album, it’s almost as if we’re up close and personal, inside the booth with singer Michael James Tapscott as he belts out lyrics in “Bitter Sailor” or “Crossing the Ohio.”

One of the key ingredients in the masterful recipe for success that has been handwritten by China is their evocative instrumental play, which is presented to us here at its most unfiltered and unvarnished ever. “Satan’s Got a River” and “St Jerome” don’t even need words to express the yearning in their musicality, and as much can be said of “If I Had to Move” and “Marnie” as well (though I wouldn’t trade the vocal track of the latter for anything in the world). These songs are born of an aesthetical duality, but they’re as bonded to a singular narrative as anything to come before them in western pop.

And Then Nothing Happened is one of the more surreal and postmodern records that I’ve reviewed in the last six months, but I think it’s worth pointing out that it stops just shy of overindulgence when it counts the most. “Carnations,” “Until This Then This is the End” and the title track all shamelessly toy with experimental hybridity in their harmonies, but nothing ever gets so out of control that we lose sight of the earthy nucleus that ties everything together here. That says a lot about China as a band, and even more about their total lack of threatening competition in or outside of their scene.

There’s something for virtually everyone in China’s all-new studio affair, and whether you ascribe yourself to country, folk, pop, rock or even something a bit further left of the dial, I’m fairly certain you’re going to like what And Then Nothing Happened brings to the table. Unlike the output of the band’s peers, this record isn’t plagued with a lot of useless filler and mindless ambience. It’s cut and dry folk music that doesn’t rely on prose alone in winning over anyone who explores its tracklist.

User Rating: Be the first one !
Share
Previous Brookhaven & Scatter Swept release Modern Remains
Next “Some Girls” by Penelope Robin