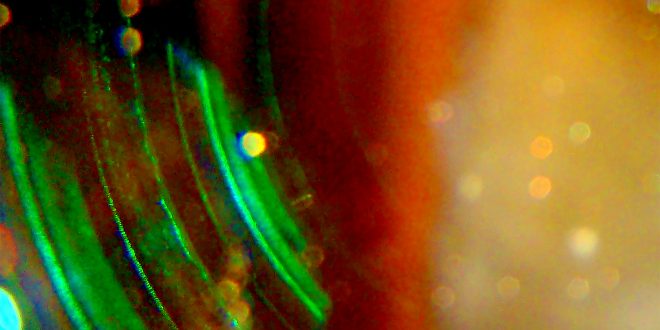 In Modern Remains, an all-new collaborative album from post-punk practitioners Brookhaven & Scatter Swept, atonal white noise finds itself fused with studded harmonies and gripping grooves that seem intent on stirring a reaction out of us. Songs like “Centerform” and “Already Moving Away” break through the speakers with an aggressive wallop, but startle anyone they find on the other side with their effervescence and immaculate balance. Though the larger narrative of the record is only suggested rather than explained through straightforward lyrics, it doesn’t take a Ph.D. to understand the passion behind these enthralling tracks. I like to consider myself a connoisseur of atmospheric music, and though 2019 is slated to see some really exciting experimental LPs, this February collaboration is a potent early standout.

The opening track “Sawtell,” as well as “Path in the Dark,” the pendulous “Concolor” and spacey “Until I Learn Your Name Again” boast an extraordinarily sophisticated master mix that really allows for listeners to absorb the full and complete sonic intensity of their music. Not all of Modern Remains is steeped in muscularity though, as we find in “No Focus” and “Be a Certain Number,” the latter of which I found to be one of the most radiant examples of Scatter Swept’s unique approach to minimalism. Brookhaven’s presence isn’t missing from the track, but the stripped down production value definitely reminds anyone aware of the scene that they weren’t alone in the studio for this one. As contrasting as the textures are in this record, the music flows incredibly well from start to finish.

Neither Brookhaven nor Scatter Swept overpower each other in the whole of Modern Remains, and actually I think that the two bring out each other’s best attributes exquisitely. I can’t imagine material like “No Focus,” “Sawtell” or “I Write for No One” on albums bearing either of their names exclusively, but when they join forces together as they do here, they yield a strikingly innocent, earnest tonality that produces these sterling songs, among the other six that accompany them. Modern Remains sounds and plays like an anthological LP, and to a certain extent has the full-bodied feel of a retrospective piece. At any rate, it’s some of the finest recorded work of both Brookhaven & Scatter Swept, and definitely deserves all of the attention it’s been garnering ahead of official release.

No matter what your favorite style of music is, fans of premium audio really can’t go wrong with Modern Remains and the gorgeous rhythms that it throttles at us from the moment that we press play. Brookhaven & Scatter Swept are two of the most fascinatingly original bands in the present wave of post-rock that we’ve been seeing come to fruition in the last five years, and I must say that when they get together, pure magic ensues. This is easily one of my favorite records of the New Year, and with the right platform to reach the collective masses, I think that it has the potential to do really amazing things for both of these criminally underrated juggernauts.

User Rating: Be the first one !
Share
Previous Go Time – Midway
Next China releases And Then Nothing Happened