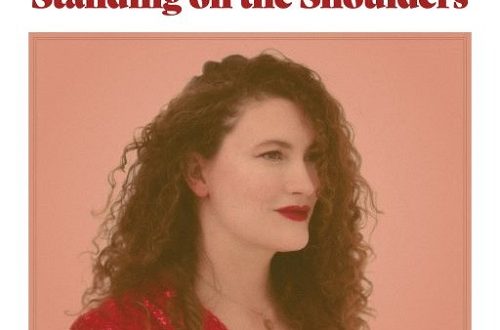 The strings on Christine Hand’s acoustic guitar are played in a variety of different ways on the Dallas-based singer/songwriter’s new album Standing on the Shoulders, but whether they’re slowly picked in the melancholic descent of “House of Bread,” forged into playful licks in “Take it Slow,” transformed into a melodically-faceted agent of percussion in “Simple Life” or strummed to life in a classic style ala “Love Me True,” they’re always the cornerstone of every song here. Hand gets back to the basics of American folk/rock in Standing on the Shoulders, which is certainly ironic given how far across the pond she had to travel to record it.

Aside from this album’s fantastic string play, there’s scarcely a moment in the tracklist where Hand’s vocal isn’t bringing down the house as the most entrancing element in the mix. She straight-up attacks the verses in a heavy-handed assault in “Love Me True,” while in the pendulous ballad “Brother,” she shows us that she can be restrained in her emissions just as easily as she can be relentless and uncompromisingly aggressive. This is one singer who can take down just about any track she wants to – provided she’s accompanied by her graceful guitar, of course.

Lyrically, I immediately connected with “Simple Life,” “Be Still” and “Slow Dance” as being the most exposed songs on this record, but I love the fact that, in all three of these tracks, Hand never seems even slightly hesitant in her execution. She isn’t afraid to be vulnerable with her audience, and though this material demands a lot out of her skillset both musically and emotionally, the level of moxie she displays in virtually every song here is more than enough to bring me back to her discography again in the future.

The instrumental tonality in “Time to Embrace,” “House of Bread,” “Love Me True” and “In the Black and White” is breathtaking, and I say that being a rather discriminating critic when it comes to capturing the essence of an acoustic guitar’s rustic melodicism. The production quality that Standing on the Shoulders enjoys is top-of-the-line, but there isn’t a second of audio in its tracklist that feels even remotely artificial in tone, which is something I could only hope to say about a lot of the new folk, Americana and crossover pop content that has been debuting out of the mainstream in 2022.

Those who live for classic folk/rock thrills and chills in the tradition set forth by the likes of Joni Mitchell need to go out of their way to hear Christine Hand’s Standing on the Shoulders this winter, and it would shock me if I were the only music critic commenting as much at the moment. Hand enchants her way through the eleven songs on this LP as though her very life depended on it, offering up what feels like a modern songbook sans all of the commercial underpinnings too frequently anchoring singer/songwriter content these days, and personally, I think she’s one of the most important artists to watch heading into the new year.