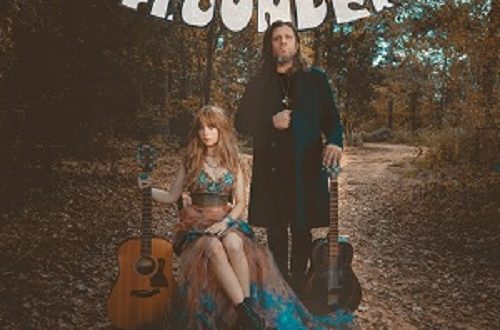 Cozi and Flounder “The Place” (EP)

Ezra Vancil knows about turning lemons into lemonade. The Texan singer/songwriter persevered against the odds and earned his living as a working musician and songwriter before the ongoing pandemic shattered live music and creative opportunities. Vancil absorbed this devastating blow as well as possible given that The Family Songbook, his then fresh release, received such fulsome critical praise and generated impressive commercial success as well. COVID-19 put an end to all that, at least for now.

It couldn’t quell his Muse, however. Vancil began working with his daughter Cozi helping develop her prodigious skills and the father/daughter pair began composing songs together. It was different fare in sound and approach than his past solo material while still showing continued fidelity to American roots music. Cozi made enormous contributions to Vancil’s The Family Songbook, but Cozi and Flounder is a much smaller, lower-key affair.

It’s clear from the outset of their debut The Place. The opener “No One Can Take Away” establishes the template Cozi and Flounder follow for the remaining four songs. Do not think, however, that there’s anything formulaic about the EP’s songwriting based on that sentence. There are several recurring fundamentals constituting The Place’s foundation present in this first song. Its acoustic sound, an emphasis on vocals without ever neglecting other facets of songcraft, and an affirmative lyrical point of view are across the board strengths.

The vocal harmonies are especially effective. Cozi and Ezra do not rely on them alone to carry the day here or elsewhere, but the way their voices mesh is a highlight. The contrasting flavor of each voice is an important aspect, as well, of the duo’s success – juxtaposing Ezra’s earthy male tone against his daughter’s much more ethereal and overtly emotive voice. It gives their material a flavor lacking in similar material from other artists.

“Misty Girl” is exquisite. Ezra and Cozi structure the song’s vocals with dazzling variety – the pair move from traditional harmonized duet and trade lines fluently throughout the cut. Delicacy is a highlight of each EP performance, but this is one of the duo’s peak moments and the instrumentation underlines it. Cozi and Flounder are wise to work with familiar supporting musicians on these songs and their chemistry is clear during this song.

Cozi’s vocal presence is well beyond her years during the song “Some Angels”. This will be a favorite track for many and there’s a plethora of reasons why. A gentle stride carries the song, and the unconventional percussion provides spot-on accompaniment for both the other instruments and the duo’s singing. The song’s words are a mix of conversational directness and unpretentious poetic flourishes.

The title song has much more straight-forward drumming, lean and uncluttered, but the emphasis falls once again on the interplay between Cozi and her father Ezra. The Vancils have crafted a brief song cycle as reliant on fundamentals as emotion – there is a seamless and near-constant dialogue underway between the singing, individual instruments, and each song’s specific design. The title track, like its predecessors, sounds stitched together with meticulous care. It’s one of the defining characteristics of this rewarding EP.

User Rating: Be the first one !
Share
Previous ARIZONA LINDSEY
Next LAWSON VALLERY