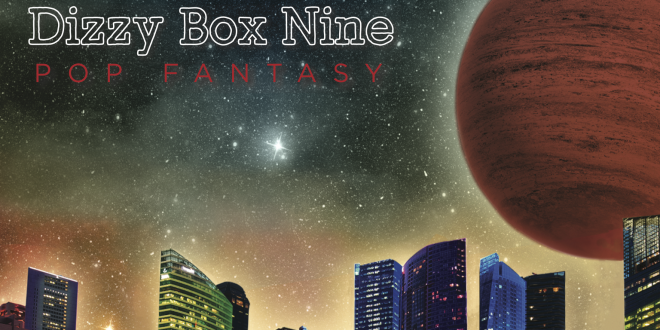 Dizzy Box Nine returns to the stage with Pop Fantasy, the follow up to their 2017 debut Electric Illusion. This is a full-length LP with a ton of musical style and creativity on the offering. The group is led by Randy Ludwig, who himself is a bit of a musical enigma as he mixes influences of everything from Blink 182 to Tom Petty. The songs are all tight little pop numbers with an infectious bouncy element to them.

“Anytime, Anyplace” is the killer opener and it serves to immediately get the blood boiling, and paves the way for more of the same. The guitar lines are zany and simply fantastic. This song repeats in perfect order and ends just in time for things to really take off. “Yesterday” is slightly faster and a little more frantic, but manages to easily keep your interest and help prepare you for what’s next.

Dizzy Box Nine delves into slightly different waters with “Forever in My Dreams,” as they challenge the entire pop concept with one of the album’s finest moments. Another standout track is “Maybe” with its rhythmic charm and inspirational message. Before you know it, you’re listening to an excellent cover of the Cure’s “Just Like Heaven,” with Ludwig doing Robert Smith some justice, and then some. And, the guitar work here is stellar, with the first three notes immediately captivating the listener. Interestingly, it’s not the only cover on the album either. 80s music fans will be pleased with Dizzy’s take on “Talk Dirty to Me,” by Poison. “Happy Birthday” is a catchy 31 second birthday song which just might give the current birthday standard a run for its money. “What I Like About You” has a Ramones appeal to it, and is fun to listen to. There’s a lot to like about Pop Fantasy. Dizzy Box Nine has done it again. No sophomore slump anywhere to be found here. Dizzy is back!