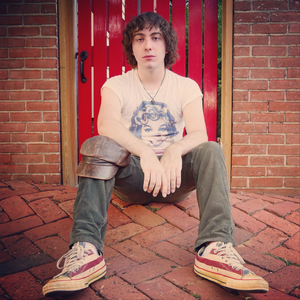 Can you talk to us more about your song “Inside of Me”?

Musically speaking, “Inside of Me” is very retro inspired in terms of writing and production.  It has an upbeat, almost happy and innocent sound to it.  The lyrics on the other hand are an emotional journey that deal with letting someone close to you know that you don’t see them the same way as they see you.  Sometimes it can be slow and painful before you come to the realization that you just have to tell the person even if it hurts them.  As the last line in the song says: “Cry baby, cry with me, cry and cry until you’re free”.

Did any event in particular inspire you to write this song?

Without a doubt.  Surely I can’t be the first to have a bad romantic experience?

Any plans to release a video for the track?

Not currently, but I wouldn’t be surprised if that happened sometime in the future as I always find myself singing the melody!

The single comes off your new album About Last Night – what’s the story behind the title? Did the movie of the same influence the title in any way?

The song title definitely came on it’s own without the help of the movie going by the same name.  I just wanted a song that I’d be able to sing if I ever messed up the night before for some reason.  Now I can just pull out my acoustic guitar and be like look, “about last night…” and dive right into the song haha.  That should work right?

How was the recording and writing process?

I went for a more pop-rock route for the writing and recording process of the song.  I didn’t want to be shy and felt it needed that clear production style to deliver the message in the song. I also felt that strings would help elevate the music and had a group of friends record violin and viola over the band.  We tracked everything quickly and it all went smoothly!

What classic musical acts influence the writing on this record?

There’s a handful of inspirations throughout the different songs on the record.  Bands like “The Beatles” and “Arctic Monkeys” definitely carry some heavy weight along with “Nirvana” and many more.  That’s what I like about this EP, because all the inspirations give it a nice variety of songs to enjoy.

How has your musical studies help you grow and understand music better?

It changed everything completely.  And that’s for the better.  All of the technical aspects of being a musician are sort of locked into place and solidified now.  It also gave me the confidence to not question my musical choices as much and instead just focus on the emotion or experience I’m writing about.

What struggles did you get to explore on this record?

It was just a wild ride to pick which songs to use as well as all of the deadlines and scheduling to make it all work.  But hey, we did it!  It definitely feels rewarding to have it finished and released even at the price of a few drops of sweat and tears.

Any plans to hit the road?

Absolutely! We’re in the middle of making plans for the near future as we speak.  Be on the lookout!

What else is happening next in Rhett Repko’s world?

EVERYTHING.  Seriously though, there’s a lot happening.  There’s more music being written, more shows being played, and more videos to be made.  And if that doesn’t reveal enough, then hop on over to social media and give me a follow to stay updated!