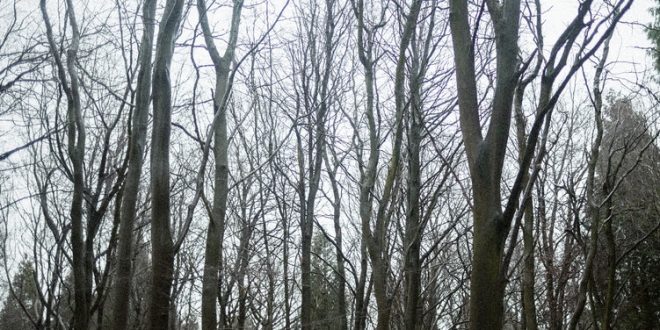 A psychedelic-tinged melody fills the air around us as “Breathe In,” the first track in Gallery 47’s new LP East Street begins to play, a subdued but menacing guitar weaving together a harmony that will linger in our minds long after the music has ceased to play. This intriguing introduction to East Street indeed sets the stage for the quiet hurricane that will soon follow in the balladic “Don’t Give Up,” but it isn’t until “I Wish I Was,” the album’s star single, comes into focus that we begin to hear the scope of tones that Gallery 47 can divvy out here, in his ninth studio record. Jack Peachey, the mastermind behind the project, and drummer Gary Judd duel back and forth for our affections in this ethereal pop gem, and while “I Wish I Was” runs just under four minutes in total, it too feels as monolithic as an approaching thunderstorm from the moment it begins to the second that it disappears back into the darkness. It’s the crown jewel of this LP, but definitely not the only reason to give the record a listen this March.

“Soda” follows “I Wish I Was” in the tracklist and is also included with the single as a B-side, and I can certainly understand why Peachey packaged the two songs together. In more ways than one, the overstated melody of the latter brings out the stoic tone of the former only when we listen to the two track back to back, as I can only imagine was intended by the act. “Embers” throws a little bit of swing into the mix and ironically stokes a string-powered flame that will grow into an all-out blaze in “Liar,” my favorite song from the album. Aesthetically comparable to something off of the first White Stripes record, this lo-fi ballad has a rollicking drumbeat I haven’t been able to shake since hearing it for the first time this past week, and though what comes next in “Faith Discarded” and, later, “All Incredible,” is perhaps just as evocative from a critical perspective, there’s no denying the striking nature of this particular cut from East Street.

An instrumental volley of guitar and synthetic percussion in “Dulcimer” precludes the final track in Gallery 47’s East Street, “Calm,” with a tense melodic fabric that couldn’t be a further cry from the surreal soundscape that is the concluding song. “Calm” is chillingly emotional and, like “I Wish I Was,” under four minutes long, but it plays out as a somber symphony – and the perfect ending to a wonderfully diverse album. Simply put, Jack Peachey outdoes himself in this most recent batch of studio recordings, and I think that when it’s inevitably ranked beside the other eight albums that he’s released as Gallery 47, it just might stand up as the very best of his career. There’s no setting East Street to the side once you’ve picked it up, and while it’s not the only worthwhile indie LP you should be listening to this spring, it is in my opinion among the finest to come out of the United Kingdom.

User Rating: Be the first one !
Share
Previous Little King releases Occam’s Foil (EP)
Next “No Hook” by Mayne