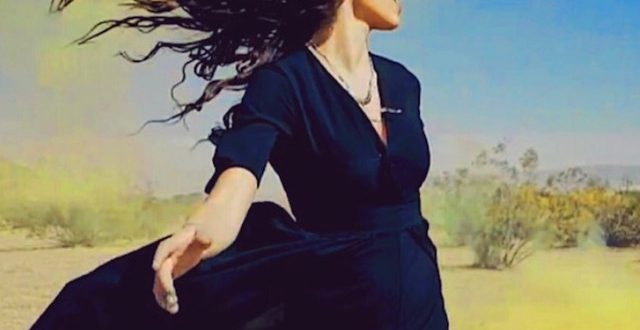 Pop music has certainly come a long way from the gilded wails of Lennon and McCartney in “She Loves You” back in 1964. Just in the past quarter century, we’ve seen pop come to incorporate more and more diverse elements into its wide reaching scope, from the urban beat poetry of hip-hop and the carnal intensity of death metal to the grinding thunder of industrial music and the glistening polish of tween pop. 2018 is seeing the emergence of a lot of interesting artists as well as a lot of bland, archaically designed musicians who aren’t braced for what the impending decade has in store for us. One performer who is planting herself firmly in the former category is none other than indie pop singer and songwriter Izzy Escobar, whose new song “Broken Wings” I recently reviewed on the recommendation of a colleague.

Normally, I’m skeptical when other music journalists ask me to check out an artist with a description that is essentially “It’s pop music and you’re going to think it’s incredible.” This situation was no different, and I wasn’t altogether sure what to expect listening to Izzy Escobar for the first time. And then I heard “Broken Wings” and my own ignorance was effectively shut down inside of the song’s three minutes and fifty seconds of play time. If I hadn’t had been already told that this was her first song, you probably could have got me to swear up and down that this must be a track from a studio veteran, as all of the normally rough edges and crude amateurism that is associated with rookie recording artists is completely absent in this track. Escobar displays an adept command of her music and the atmosphere around her, not dissimilar to a painter completely in touch with her palate. All of the colors she desires to use are at her disposal, and she layers them upon the canvas for us with such cathartic inhibition that it’s almost jarring to absorb in a single sitting.

As ambitious of a single as “Broken Wings” is, one thing that it doesn’t boast is an intimidating inaccessibility that sometimes comes along with indie pop recordings as sprawling as this one is. Perhaps that comes from the fact that both lyrically and musically, Escobar never plays down to her audience like they’re beneath her, instead employing more earnest, humble means of expressing and connecting with the listener. She doesn’t limit the expression of her emotions strictly to her prose, but allows her feelings to spill into the rhythms that swirl around us through the entire duration of the song. I think that her style could prove significantly influential among young up and coming artists who aren’t sure how to get their narrative across without falling into the hazardous trap of using plastic imagism and recycled themes where their genuine emotions should be. No matter what the future holds for her, I recommend fans of music living in the present make haste in picking up a copy of “Broken Wings” when possible.