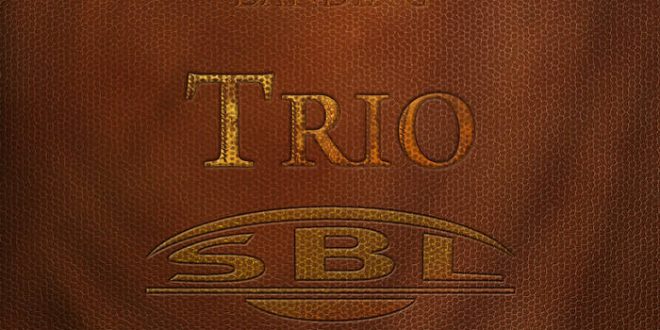 The late 2010’s have seen a magnificent rebirth for art rock in the King Crimson tradition, and while there has been a plethora of talented artists to emerge in this new era of progressive music, one band has consistently stood above the rest in terms of both unique songcraft and sonic creativity. I’m talking about Pittsburgh’s Seconds Before Landing of course, and their latest collection of theatrical explosiveness Trio: Volume 1 promises to be one of their most celebrated recordings as of yet. This band has been at the forefront of the “new prog movement” for several years, but many mainstream audiences are just now getting exposed to their sound via the success of Now That I Have Your Attention, which was released last summer to critical acclaim. Whether you’re new to their style or a longtime supporter, Trio has got something to satisfy everyone.

Trio: Volume 1 is a very eclectically designed extended play containing three distinct, multilayered tracks which were intended – in my viewpoint – to be consumed slowly with complete focus. Seconds Before Landing are not your average rock n’ roll band. Their charismatic experimentalism encompasses everything from dark ambient influences to post-punk, contemporary pop and even 60’s style psychedelic rock. While most artists would have a great deal of difficulty fusing those aesthetics together into a melodic, signature style, Seconds Before Landing have done exactly that, and they’re not just making a living off it, they’re going big with it. What’s more, they’re not big leaguing the scene that has brought them here. This band isn’t just going to the next level, they’re bringing Pittsburgh’s incredible, hidden music scene with them.

“Maybe I’m a Weirdo,” the first song on Trio, is drenched in 80’s neon, but glazed over by a haunting vibrato that remains present in “1-9-2” and “You Won’t Deny Me” as well. The ominous shadow that follows us is reflective and all the more opulent when observed during second and third listening’s of this record. Industry titan Andy Jackson’s fingerprints are all over the mastering of this EP, and the immaculately stylized production value is stellar compared to anything else that I’ve had the pleasure of listening to this year. John Crispino, the composer and mastermind behind Seconds Before Landing, is in top form as a songwriter here, and this may well be the band’s finest work to date in terms of both musicianship and presentation.

Trio: Volume 1 is a sublimely surreal, imaginatively postmodern-styled contribution to the pop music lexicon as a whole and an exciting first act in what is sure to be an amazing trilogy of progressive rock gold. I highly recommend that anyone who enjoys intricate, compelling music that was made for and by intellectually stirring individuals pick up a copy of this record, which is out everywhere indie music is sold this summer. I’m convinced that even the most casual of prog rock fans will have no trouble getting hooked on what Seconds Before Landing has to offer – I know I certainly have.