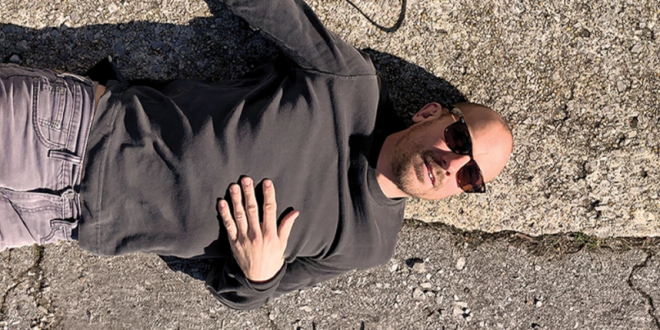 In his first solo album, You Know, the artist known simply as Jaco (aka Birmingham heavyweight Jake Waitzman) combines elements of punk, garage rock and contemporary pop together in an amplified hybridity that can shake the floorboards beneath your feet as often as it can impart a deeply emotional narrative. The melodies in songs like “Blackboard,” “All Your Love,” “Your Way” and “Reservoir” are fascinatingly textured, and although most of the music here tends to revolve around the construction of raging riffs and engrossing instrumental churns, there’s never a moment where our star sounds inept behind the microphone. After years in the background, Jaco is stepping into the spotlight with You Know, and giving us an alternative rock performance worth its weight in gold.

The guitar parts in “Reservoir,” “Say Goodbye” and its predecessor in the tracklist, “I Don’t Mind,” are incredibly expressive, and in many ways provide an emotional context to the intimate lyrics that find their way to us via the velvety lead vocal. As communicative as Jaco is with his singing in You Know, I feel like he structured the string arrangements to be the main outlet for his feelings here. The guitars have a story all their own in “Again,” while in other tracks like “Lavabo” and the wonderful “For Myself,” they introduce a clarity to the poeticism that wouldn’t have been present otherwise. There’s been a rapid influx in enigmatic songwriting since the mid-2010s, but in contrast to that mainstream trend, Jaco is being as vulnerable with us as an artist can be from within the confines of a recording studio in this LP.

I think that the EQ on the percussion is a little overwhelming in “All Your Love” and the album-opening “On the Ground,” but to be perfectly honest, I actually dig the excess. It’s certainly a nice change of pace compared to the output of Jaco’s major label counterparts, who seem to have been in love with the minimalist model this past year. Because it has more visceral angularities than most of the rock records in 2019 have had, You Know is rare find, a diamond in the rough if you will, and easily one of the more memorable debut LPs that I’ve had the chance to take a look at this summer.

With a little bit of streamlining in sound, I can see Jaco being a force to be reckoned with come 2020. I love what he’s doing in You Know, and a handful of forgivable cosmetic hiccups aside, it’s legitimately a flawless virgin release if I’ve ever heard one. He brings a wealth of experience into the studio with him, and we get to hear all of it in action in songs like “Your Way,” “Lavabo” and “Say Goodbye.” The music is brawny, the lyrics are smart and not derivative of anything that I’ve heard lately, and the production quality is well above the status quo. There’s a lot of buzz about the spindly sounds of mainstream pop/rock this season, but for my money, it doesn’t get much better than an underground release like this one.

User Rating: Be the first one !
Share
Previous Jennifer Truesdale – Through the Circle (LP)
Next Good Service’s Please