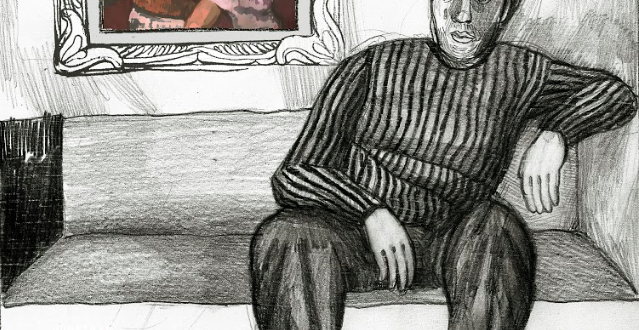 Drumsticks click with a vibrant exuberance. Soon, they’re joined by a colorful guitar lick that dances around the beats with a childlike joy. Tender vocals enter the frame, and before we know it, we’re lost in an ocean of textures that will carry us through the poignant passages of “Way to Go” and straight into the explosion of riffs that set off “Seasons.” This is To Hold, the latest album from the critically acclaimed Croatian rock band Jonathan, and if you thought that it was going to be a mere extension of the band’s previous work, you’d better think again. Glaring neon basslines and swarthy percussive blasts are all par for the course as we take in these first two tracks, but they’re only a taste of what’s to come as we proceed forward.

“Something to Cry About” keeps up the relentless pace of “Seasons” but tones down the abrasiveness just enough for us to latch onto its midcentury pop swing. Once we reach the verses, a punky recklessness penetrates the cadence of the drums and string section, and the underlying rhythm of the song starts to suck us in like quicksand. “I Never Meant to Be There” slows down the intensity for a minute, only to come raging back to life in a clubby chorus that trumps anything I’ve heard out of more dance-centric artists lately. Even at the halfway point, Jonathan have only begun to expose the depth of their skillset, and believe me, they exploit every bit of it as we move into “I Don’t Mind.”

In collaboration with Lovely Quinces, Jonathan fire up “I Don’t Mind,” an almost operatic pop song that cries out for us in its yearning lyrics but feels so instrumentally insular and distant that its hesitant tempo takes on an even greater meaning in the larger narrative. “Monkeys” sees the band breaking the dam and letting their gothic influences take the creative lead, but it doesn’t shift the direction or flow of To Hold in the least. “Wake up Call” pours some elastic grooves into the pot before clearing out for the album-closing “Gone,” which could be the most chilling track that I’ve ever heard from Jonathan. It’s a fitting end to a very evocative LP that is as imagistic as it is incredibly surreal and interpretive.

Music fans of all tastes and backgrounds would be doing themselves a big favor in checking out To Hold this March, and for the most devoted of audiophiles among us, it signals the release of 2019’s first must-listen record. Jonathan assert themselves as one of the biggest indie rock bands in or out of Croatia here, and while they still have plenty of ground left to cover in future records and singles, this is undisputedly their most robustly designed and artistically complete studio offering yet. Following To Hold’s arrival in record stores, a much-hyped tour is scheduled to follow in the United States, and if this band manages to find its audience while playing the American live circuit, they will finally achieve the exposure and success that they’ve sought so hard to receive.

User Rating: Be the first one !
Share
Previous “Some Girls” by Penelope Robin
Next The Vics’ release “Proud” & “Fourth and Clay” Singles