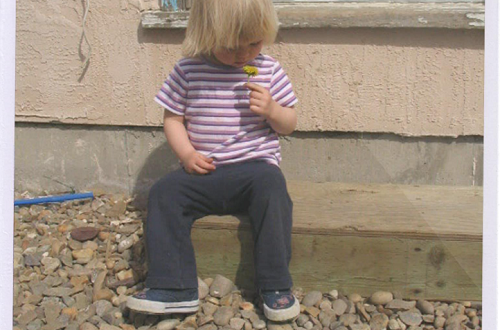 While they’re entirely organic and available to us in a litany of successful singles found across the country music spectrum in 2022, the string elements of the main melody in “Dandelion,” the new single from Justine Sletten, are some of the warmest I’ve heard all year long. The guitar parts are light, airy, and as breezy as a cool wind in the heat of summer, and though they’re not nearly as captivating a component as Sletten’s lead vocal is, they’ve got just as big a role to play here. “Dandelion” is, at its simplest, a multidimensional song and lyric video from an incredible up-and-comer that you need to be listening to at the moment.

Sletten picks up the mic and goes after the verses like she’s got a personal vendetta against their statements in the chorus, while in the buildup to the climax she takes a decidedly softer approach. Both speeds are irreplaceable in the construction of the beat, but moreover, they show off just how versatile a vocalist she is without stretching her skillset too thin. She’s got a lot to say to us here, but she’s careful to avoid any form of overindulgence in her admissions.

Aside from the passionate vocal delivery, the lyric video is a truly simple splendor in its own right. There’s no getting the narrative of the track twisted when embracing the strings and their harmony against the plaintive shots that comprise the video for “Dandelion,” but even with it being as much of a mood ignitor as it is, the biggest point of interest here is the music it’s supporting, which seeps into the shots with an immense emotionality that is quite appropriate for the overall vibe being presented to us.

With a voice like hers, Sletten could take her talents to a more stripped-down, singer/songwriter-themed setting and be just as phenomenal a storyteller and vocalist as she is in this more familiar, Nashville-style venue. The bones of “Dandelion” are strong enough for us to be certain that the song isn’t built on the back of techy bells and whistles, and its harmonies introduce us to a gentle side of its shining star that would sound even more charismatic without any electronic assistance to come between her and the audience. There are plenty of hidden virtuosities in this single/lyric video combo, but they come almost exclusively from the voice of Sletten herself (and the magic it creates with little external assistance).

If you dig independent country music as much as I do, “Dandelion” is a must-listen song that was made to be played on repeat this December. 2022 may be coming to an end, but Justine Sletten is keeping the energy of a bold country sound into 2023 with the boisterous sound of her latest single and lyric video, both of which qualify as some of the smarter, more affectionate country music I’ve heard this winter. Only time will tell, but as long as she keeps turning out hits like this one, her career is going to be long and fruitful.

User Rating: Be the first one !
Share
Previous Congratulations to Elizabeth Sombart Winner of (2022) Album of the Year
Next Matt Soren’s The One Tonic “We Can’t Fail” (SINGLE)