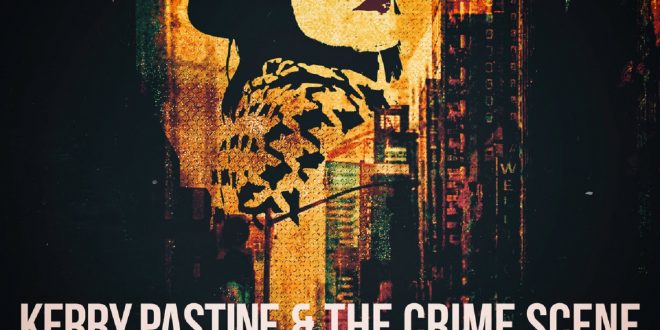 The third album release from Kerry Pastine and The Crime Scene, City of Love, promises to be a transformative addition to Pastine’s growing discography. Pastine rates as one of the best vocalists today, regardless of genre or gender, and her commanding presence throughout the album’s title track and first single elevates a stylish yet spartan outing to the level of musical art. Listening to this track and comparing it to the band’s previous entries makes it clear that Pastine is challenging herself like never before benefitting from both substantial material and a willingness to push her voice to the outer limits of its emotional range. The Crime Scene responds in kind; they play with inspiration and feeling throughout the entirety of this track.

Paul Shellooe’s production for the song makes me think of Slim Harpo’s recordings for the Excello label, particularly tracks like “Wondering and Worryin’”, but you would never label Kerry Pastine and the Crime Scene’s music as swamp blues. There’s too much rock running through the mood of the song, never in an overt way, to ever fall in the category of straight blues. The evocative production, however, frames the all-around performance here in the best possible fashion and never feels like an unnecessary affectation.

Her vocals possess otherworldly strength, but she tethers them to earth keeping things gritty and physical without ever feeling provocative. The yearning in her voice is palpable throughout the performance and the comfort and confidence she exhibits working well within her vocal range enhances the overall package. Kerry Pastine has likely never delivered a half-hearted vocal; her commitment to each line of this track is audible and it isn’t any stretch to believe live performances of this track wouldn’t build on its capacity for connecting with listeners.

The band exhibits artful restraint throughout the song. You can rightly call the arrangement minimalist, but it is never colorless. The aforementioned production touches are important but they would ultimately be meaningless tinsel if individual musicians such as Shellooe, drummer Andrew “AJ” Knight, and bassist Troy Robey didn’t adhere so close to Miles Davis’ famous dictum that it’s the notes you don’t play that matter more than those you do. They provide Pastine with a deep musical foundation for her singing that never tries listeners’ patience.

The video Pastine and the Crime Scene released for the song underlines its strengths without ever overshadowing the track. It isn’t a conceptual clip in any way and feels a bit traditional in its structure, relying as so many videos do on jump cuts and performance footage, but the use of color and wardrobe in the clip sets it apart. It has every bit as distinctive of a visual touch as the song does a musical one. “City of Love” is an outstanding single from this release and Kerry Pastine’s career is obviously ready for an even brighter spotlight than ever before. It’s my belief that Denver, Colorado could never hold her for long but the Mile High City’s loss is the world’s gain.

User Rating: Be the first one !
Share
Previous “Donna” by The Inoculated Canaries
Next Anthems 2 Love by Jupiter in Velvet