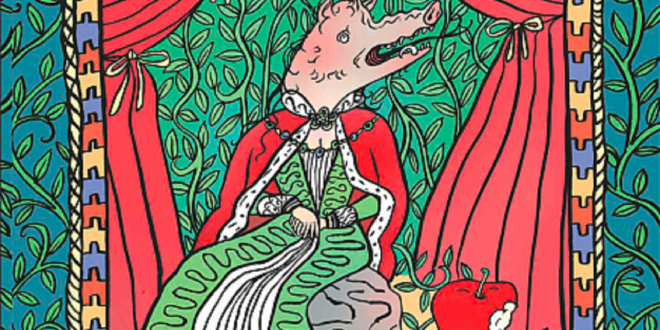 Matthew Squires issues a formidable sequel to his last album, the plaintive Tambaleo, in Visions of America, a record that not only lives up to its title but further explores a poetic side of Squires’ artistry that was only slightly touched on in its predecessor. In lyric-driven ballads like “The Sentinel,” “Lonesome,” the title track and “Perfect Eye,” we meet a relaxed Matthew Squires for what feels like the first time – gone is the hesitance and the charming but bitter self-analysis, and in their place we find a swaggering persona that seems completely at ease with vulnerability (something that I had felt was missing from the whole of Tambaleo). Visions of America is a turning point for this artist, and moreover, the movement that he sits at the forefront of.

There’s a really psychedelic feel to “Perfect Eye,” “American Fever Dream,” “Fire Song” and the title track, but beneath the cerebral cosmetics that we hear in all five of these songs, there’s a conventional pop framework that is accessible, warm and surprisingly freewheeling. The juxtaposition of the familiar and the flamboyant doesn’t create so much contrast as to repel casual listeners from the more experimental material here (see “Joke Song”), but you can definitely tell that Squires wasn’t intimidated by conceptual elements when he was developing the core blueprint for this album. As previously noted, the confidence that he brought with him into these recording sessions had a really big influence over the elaborate design of the content, and at times it’s so prominent a component that it’s even a little infectious (the unparalleled “Silence, Now!” serves as a good example of what I’m talking about).

Instrumentally, I think it’s safe to say that Visions of America is the most profoundly experimental LP that Matthew Squires has attached his moniker to since first coming onto the scene some years ago. “Lonesome” and “Fire Song” both push his signature sound’s stylistic envelope more than any of the other left-field balladry he’s penned in the recent memory has, while the guitar parts in “Strange Day” and “The Sentinel” tell us stories of their own that are completely separate from those created amidst the lush lyrics Squires emits so carefully. This is multilayered melodicism on steroids, and that’s putting it very, very mildly.

Visions of America is, from where I sit, the consummate alternative singer/songwriter release of the summer, and if it gets into steady rotation anywhere on the college radio dial this September, I wouldn’t be at all surprised if Matthew Squires finds his way into the mainstream spotlight before the year is over. Here, Squires abandons every preconceived notion of what a modern psychedelic record is supposed to look and sound like whilst melding a basic style of prose with anti-establishment harmonies that don’t fit into any box – folk, rock or otherwise. He shows nothing but discontent and resentment for categorizations, labels and traditions in Visions of America, and in doing so creates something that ironically sounds more American than most any other melodic album I’ve heard in 2019 has. It’s a melting pot of melodies, and simply put, a marvelously evolved incarnation of an unquestionably unique sound.

User Rating: Be the first one !
Share
Previous “Lonely Boy” by Midnight Shine
Next CLO