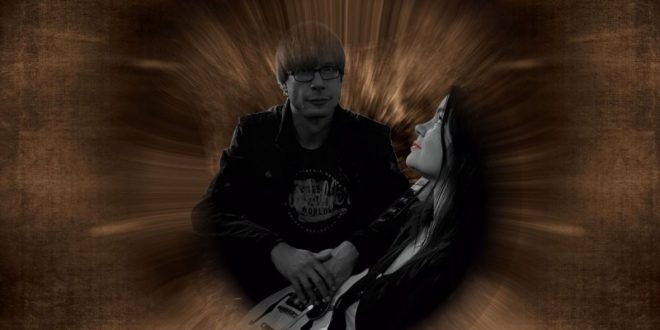 From Cottbus, Germany comes Para Lia with – Soap Bubble Dreams, an album with just as much new school to be heard as old school on what is a 50/50 blend, with somehow an overall respect paid to both audiences by musicians René and Cindy Methner. Their blend of styles come together with a minimum of fuss and bother and wind up singing like magic over a well put together assortment of accessible alternative rock songs. If David Bowie and Muse got together, Para Lia might be what it would sound like.

“Soap Bubble Dreams” immediately takes you way and it’s like being transported back to the 90s and back to see how different it is than today, without losing anything from either era. This isn’t something going around in vast numbers but it’s also not completely hiding out there either. You just don’t get this without playing deep in the first place. “Wait” is an entirely different groove with the same consensus that this band are bringing a lot of what’s missing in today’s sound. But it could be aimed at only those interested in what they have to say, either way there’s not one bum note to be heard.

“The Man Who Went Home” is one of the most complex tracks you’ll hear between today’s Americana and other lacking forms of rock and alternative means of it. The ideas aren’t anything new, instead they’re bright back with integrity and faith, and that is something to stand up and be counted for nowadays in the recycling machine. If I had to pick one song, this would be the biggest contender for the album’s magnum opus. A close second would be the next track, “Leaves Of Grey” which is a majestic piece of work to say the least.

You’re so well taken care of by this time there’s no turning back, no breaking for the rest of the songs. “Romancero” makes an impression by sounding about as far as it gets from most of the others it’s impossible to go unnoticed as one of the most original tracks and it guarantees the album’s variety is one of its best strengths. It’s as good as the rest but so different from the rest it belongs right where it stands. Other tracks like “Over It” do the same without drawing any lines away from the big picture and it’s another winning moment.

The journey continues with “Beautiful Delay” also putting its own original stamp on the album with some sizzling hot guitar and a cinematic feel to really keep it alive and pulsating. It’s one of Cindy’s most hypnotic vocal efforts on the album. This is another must hear for alternative rock fans indeed. “Higher And Away” is yet another prelude to an even better song as the album closes with the very inspiring “Who Gets Fooled Again” which takes a wry look at the ways of the world that never seem to change for the better. Para Lia are on the rise and everyone should catch them.

User Rating: Be the first one !
Share
Previous Derrick Davis delivers the goods via stunning LP
Next Francine Honey releases “To Be Continued”