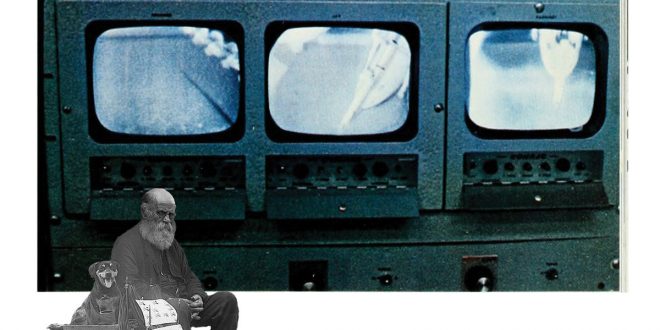 December 3, 2019 CATCH OF THE MONTH, MUSIC REVIEWS, PICK OF THE WEEK

In “The Statement is the Answer,” the opening salvo of guitar-driven sonic devilry forced out of the speakers by Parker Longbough essentially sets the tone for all of the violent melodies that will soon follow its four minute introduction to Green and Gold/Drink the Hemlock, Longbough’s latest release. A kaleidoscopic new waver in “Avalanche Beacon” slides into the void left behind by the absence of the first track’s brutish harmonies and fills the space with colorful grooves almost as fetching as those that dominate “Burbank Safari,” one of my favorite songs from Green and Gold/Drink the Hemlock. Every rhyme seems to bleed into the next here, and still, there’s an individualized identity to every verse that Longbough lays on us from the forefront of the mix.

“Rising Black” keeps the primeval beat-down going at full power as we segue into the midsection of the album, but next to the hesitant sway of “Governor’s (Butter) Cup,” this track seems just a bit shapeless in its design (in a good way, I should mention). I’m picking up a lot of vintage punk, grunge and alternative rock influences in play here, but they’re all wrapped up in a thoroughly contemporary master mix that allows for us to appreciate all of the dexterity incorporated into every groove. Some of the experiments on Green and Gold/Drink the Hemlock admittedly work out better than others, but there’s scarcely a moment in this record where the music sounds anything other than genuine and uncorrupted by commercial entities.

An angsty ballad is flanked with a thick, evocative noise in “Breakdown the Acronyms” that abruptly disappears at the onset of “Bad Attitude” only to return stronger than ever before in the 90’s-style “We Go Golfing.” “Two Months Out,” the defining moment in Green and Gold/Drink the Hemlock’s second act, picks up all the fragmented pieces of melody that remain in the wake of the preceding tracks and bangs out one of the most spirited performances Parker Longbough has shared with us in the 2010s. It’s not said often enough just how good he is at arranging his music, but in “Two Months Out,” critics and audiences alike are forced to acknowledge just how pop-minded this avant-gardist’s work can get when he really wants it to.

Green and Gold/Drink the Hemlock crosses the finish line in the two minute acoustic song “Sleep Comfortably,” which despite having little in common with the aforementioned tracks on the record (at least from an aesthetical point of view) actually brings us full-circle in a way that none of the other material here could have. Having really loved what I heard in his first three records, I came into this review of Parker Longbough’s fourth official LP with a lot of high expectations, most of which he exceeded without much difficulty in the album’s ten terrifically jagged songs. Longbough hits an undisputed homerun in Green and Gold/Drink the Hemlock, and while it’s probably not going to serve as his swan song, it’s a powerful addition to his discography no matter how you break it down.

User Rating: Be the first one !
Share
Previous Jesse Rundle
Next “Donna” by The Inoculated Canaries