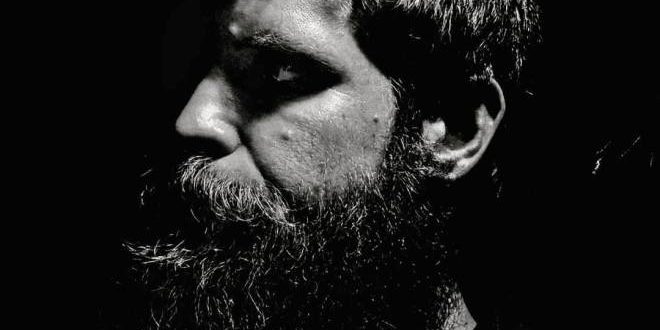 Hello Jesse, please give us a little background on your new single.

This one is from my project of Wallace Stevens songs that I’ve been working on for a couple years. It’s called Captain Profundo and it’s based on a really playful, almost absurdist poem about a bunch of soldiers stopping for a drink of orangeade. I have a theory that the poem is actually about Mussolini and it’s mocking him. The poem was written during the rise of fascism and that would’ve been in the newspapers quite a bit.

Tell us a bit about your studio experience recording this single.

The drums were the hard part and took some experimentation. The rhythm varies between phrases of 17 and phrases of 19 eighth notes, so it caused us some trouble. At one point I was sampling Nate Agenbroad, the engineer/drummer into an SP404 and triggering the drums that way. It was close but it didn’t work right. Finally we found the kick/snare part and then a combination clap and bodhran part that held the rest of the rhythm together. It felt like finishing a puzzle and it felt good.

Any pre show or studio rituals for best performances?

I just try to stay calm and play like I’m at my house. I can get so nervous and it doesn’t do anybody any good. I also try to remember that people like to hear the stories behind the songs and remember that I’m a human, not just a guitar and a voice.  Sometimes it feels impersonal being on stage but it seems like the best shows get personal.

When did you first realize music was going to be your career?

Music is actually still my side gig, which is fine with me. I tried to make it my career several years ago and that didn’t work out so I’m taking it slower this time. Just making music that I like and sharing it and not stressing about the rest.

If you could change one thing about the music industry what would it be and why?

I’d have more people going to shows at small clubs to see bands they’ve never heard of. For so many people live music is just the stadium experience or singing along to radio hits. There is clearly a place for that, but there’s so much more to music. And I’ve dragged so many friends to a random show and we’ve had an incredible experience. A club isn’t just a small stadium, it’s a totally different experience.

How do you stay so innovative with your sound?

I honestly don’t know what’s innovative, I just make the sounds that I like. I love the textures of real acoustic instruments and build up from there. I’ve tried out a lot of different styles and listen to a lot of old music and a lot of new music so it all gets jumbled together in the creative process.

Where do we keep up with you on social media?