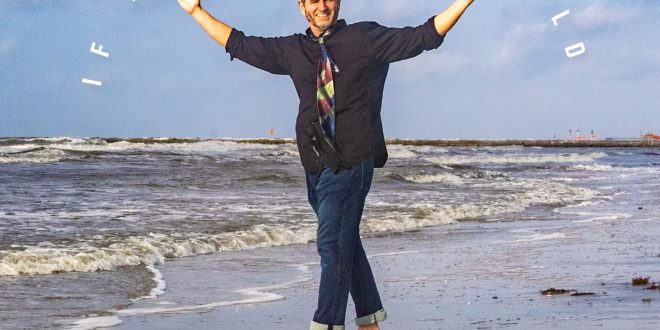 Ricky Comeaux’s “If I Ruled the World” (LP)

Ricky Comeaux’s eleven song solo effort If I Ruled the World is the talented singer’s first release on his own and he’s chosen songs to cover that highlight his talents. The impressive cross-section of compositions included on this release range from Leonard Cohen to songs popularized by Al Jolson and Tony Bennett among others but Comeaux, to his credit, never treats these tracks like butterflies pinned under glass. His deeply felt tenor voice breathes new life into the songs and the often-revitalized arrangements. It is the first release in some time from Comeaux since parting company with onetime collaborator multi-instrumentalist Jerry Atwood. If I Ruled the World may not be particularly challenging, but it is a comfortable and confident return for one of the most promising vocalists out there today.

“Tell Me on a Sunday” is another gem from the longstanding musical partnership of Andrew Lloyd-Webber and Tim Rice. It’s a ballad that Comeaux does a lot with because he lives inside the track without even a hint of self-consciousness – like the best song interpreters, Comeaux tackles material like this as if he wrote it himself or else is the song’s first performer. The same holds true with the album’s third song, a top shelf run through of Leonard Cohen’s “Hallelujah” from his 1985 album Various Positions. The track is a very different animal lyrically than the other material present on If I Ruled the World but Comeaux weaves his way through Cohen’s poetic musings with confidence and full command of his vocal powers. The arrangement remains faithful to Cohen’s original while never entirely conforming to it.

“I’ve Gotta Me” takes a turn into unexpected territory as hard-edged guitars accompany Comeaux for most of the performance providing an interesting counterpoint to his voice. It doesn’t sound jarring or misplaced. It’s a welcome detour from the pop sensibility dominating much of the release and Comeaux’s voice shows it can summon the required rugged individuality to make this sort of performance work. The track after that, a cover of Barbara Streisand’s “Not While I’m Around”, could scarcely be more different. It’s always interesting to hear a male vocalist cover a track previously defined by a female voice, but the transition is seamless with this performance and the same character defining the original comes through here. It has the same orchestral character shaping its music as many of the other songs on If I Ruled the World.

“If I Ruled the World” and the finale “Since I Fell For You” share many of the same traits and are likewise successful. He embraces an all-out show tune with “Don Quixote”, taken from the theatrical piece Man of La Mancha, and delivers one of the most memorable outings present on the album. It’s a joyful listening experience to hear the oomph Comeaux pours into his vocal and the musical backing is muscular without ever overstepping its mandate. There’s something for everyone on If I Ruled the World for those appreciative of great vocals and songwriting. Ricky Comeaux has a lot of past glories in his rear-view mirror, but this album makes it clear he’s far from finished.

User Rating: Be the first one !
Share
Previous Steve Markoff and Patricia Lazzara – If I Could Reach Your Heart
Next Walker’s Cay Release New Singles