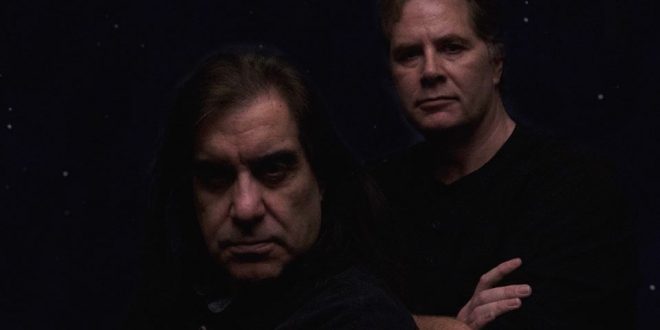 Swaggering and saturated in a colorful melodicism not common in rock music anymore, the strings that greet us at the onset of Walker’s Cay’s “Tell Me” immediately clue us in on the journey we’re about to take with this up and coming Toronto rock group. Though initially acoustic in tone, it doesn’t take more than a minute for the band to turn up the volume and bring some heavyweight distortion into the mix, but they don’t utilize overdrive as a sonic wall to hide behind. Lyrically and instrumentally, Walker’s Cay are a band that puts everything out on the table without thinking twice, and for listeners around North America this May, their pair of new tracks together add up to make one heck of a memorable listening experience.

“Tell Me” featuring a rhythmic ebbing that doesn’t cease until the guitar parts ascend into a Thin Lizzy-style dual attack, and even then, the percussive element seems intent on keeping a piece of our hearts for itself. On the other hand, the other song out from Walker’s Cay this month – “Why Oh Why” – slowly churns together over the course of a few minutes’ time before launching into its signature groove (and eviscerating anything that gets in its path along the way). The band demonstrate their versatility as players in showing us too aesthetically conflicting singles here, and even though they’re mightily different on paper, the tonality shared between these two track is what binds them to the smart indie musicians who gave them life.

Though I really dig the chorus in “Tell Me” for its cathartic rock vibes, slam-your-hands-on-the-table beat and sensuous vocal harmony, the titular loop in “Why Oh Why” is so freeing every time I hear it that I would be lying if I said the single wasn’t my favorite between the two of them. The truth is, Walker’s Cay are still a band very much in the development stage of their sound, but here, they don’t sound like artists who don’t have a handle on what kind of a textural expressiveness they want to be known for. That’s half the battle, especially when it comes to underground artists on the Canadian side of the border, yet this crew already has everything lined up the way they should.

Walker’s Cay aren’t a household name at the moment, but with the chops that they highlight in “Tell Me” and “Why Oh Why,” it isn’t difficult for any of us to imagine their reaching the mountaintop in this decade of rock n’ roll history. Their persistence and melodic moxie alone sets them aside from any of the other rock, metal or heavy musical artists and bands I’ve been listening to in the year 2020, and so long as they don’t veer too far off their current trajectory, I don’t see why their moniker won’t continue to gain respect and praise. Pleasing critics is easy enough if you can find the right platform to appeal to, but when it comes to making the fans happy, groups like Walker’s Cay hold a powerful monopoly comparative to their less than well-educated brethren in indie rock.