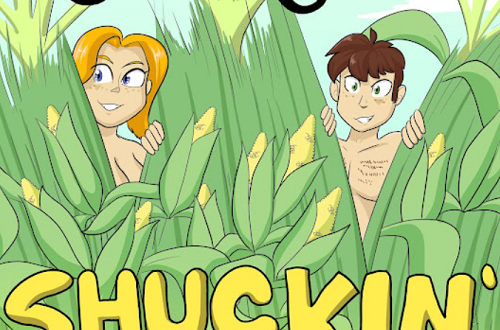 Springy and as bright as a rising sun, the opening salvo of string melodies that chime through the air after pressing play on the new single from Roots Asylum, “Shuckin’ in a Cornfield,” is a brief but meaningful introduction to a simple, barebones Americana tune fashioned with a deeply evocative country vocal, but for as short and sweet as it is, it literally lays the foundation for everything that we’re going to hear in the next few minutes of play. It is at once both chipper and staggering, allusive and endearing, and as soon as the lead vocal comes into contact with it head-first but moments after this first appearance, “Shuckin’ in a Cornfield” is poetically transformed from a mere character to a living, breathing entity in the room with us.

The vocal is rich and smoky atop the strings in the mix, and although it’s a cinematic ornament on an already textured instrumental number, it doesn’t impart any throwaway lyrics to us at all. Its harmony is its agent of emotionality, its words a contextual beacon set only to explain what all of the colorful notes swirling around us mean. There are moments where it feels like the strings are telling us one story while the singer is trying to tell us another, and by the time we conclude the track, they somehow become amalgamated in a singular narrative we couldn’t have constructed on our own only a few minutes earlier.

There aren’t a lot of frilly bells and whistles in the mix, but the production quality is undisputedly ace from beginning to end in “Shuckin’ in a Cornfield.” Whether you would have told me Roots Asylum were in fact a collaborative project that had been recording and making music together for over a decade or just a rookie group still trying to get their feet wet on the national stage, I probably would have believed you either way just on the strength of the varnish on this single, which produces the duality of both. It’s got all the fine attributes of being the product of a veteran studio session, and yet it’s devoid of the plasticity that I tend to come across a lot among aging underground artists, especially those in the country and Americana genres.

As its final fiddle note disappears into silence at the end of “Shuckin’ in a Cornfield,” I can’t help but feel like there’s more that I should be listening to in the wake of its walloping strings (which is where the remainder of Roots Asylum’s discography comes into play). I could be completely wrong, but it would really surprise me if this track wasn’t originally composed in a medley with some of the other songs on Roots Asylum’s current setlist, as it blends with the material it sits beside in their library wonderfully. It’s a great teaser for what this group could do in front of a crowded concert hall full of eager Americana buffs, as well as whatever magic they invent in the studio past 2022.

User Rating: Be the first one !
Share
Previous Rusty Wright Band “Hangin’ At The DeVille Lounge” (LP)
Next MARLIII