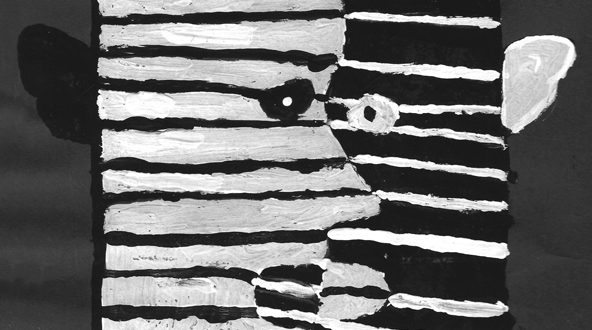 With pulsating melodic ribbonry to lead the way, “The Distance Between Us,” the first song in SoloS’ new self-titled EP, starts to wrap its slender hook around us with a relaxed ease. These first couple of bars are more than enough to lull listeners into a false sense of security that will soon be broken in the next track – “Unsolved Mysteries.” In this second song on the extended play, we start to get a good look at the formidable muscularity the band is toying with in this latest affair. Here, guitars are a catalyst for rhythm as much as any drumbeat would be, with the shards of sonic bliss they leave in the wake of their grind forming a surprisingly heavenly harmony for all to absorb.

“Chains of the Heart” initially feels like a segue away from the strange, but it doesn’t take the song more than twenty seconds to find its rightful place on the eclectic spectrum. As the rhythm of the track penetrates our speakers with a swaggering beat, a chill-inducing melodic ascent reminiscent of Led Zeppelin’s “Kashmir” begins bludgeoning us with its potent flair. This ascent will bleed into the adrenaline-laced backbone of “Ghostwriter,” though flanked with a restraining verse later on in the song, but the similarities between the two compositions end with cosmetics. Every piece of material on SoloS is an individual work of art, with nothing sounding even slightly recycled or repurposed from other content found here or anywhere else in pop/rock today.

While it’s technically the shortest track on the record, “Worlds Collide” feels anything but limited in its presence. On the contrary, I actually think this is one of the more prolifically ambitious tunes to behold here – with its layers of grooves, it uses all 3:25 of its running time to smother us in as much sonic depth as we can handle. There’s a feeling of tension that swells significantly as we edge closer and closer to the end of the EP, and even though this isn’t the last song on the record, I can see where it could just as easily have brought SoloS across the finish line. This is some of the most solid content this band has ever produced, and it would surprise me a lot if I were the lone critic saying so right now.

Against the backdrop of one final jettisoning strand of rhythm, SoloS draw us into the flames with “Painted Veil,” the concluding track in their eponymous EP, colorizing every beat with a vocal perhaps more vibrant than any other here. When all is said and done, SoloS feels more like a mini-rock opera than it does your typical extended play from a prominent indie band (minus the cheesy bombast and ridiculous progressive camp, of course). It’ll be really interesting to hear where this group takes their sound next, but if this is giving us any indication as to what we can expect from them in the future, they’re in for one heck of a ride in the years to come.

User Rating: Be the first one !
Share
Previous Montana Jacobowitz
Next Walker’s Cay