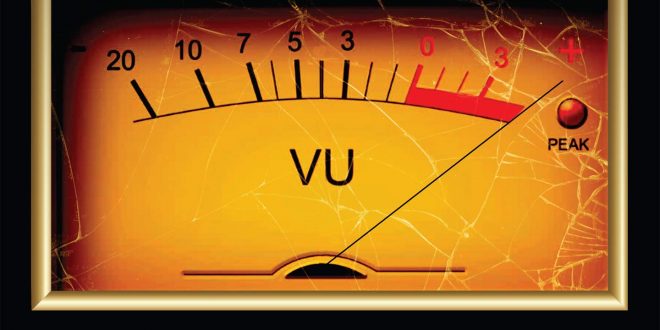 The Respectables deliver a signature blend

The Respectables deliver a signature blend of epic tonality in their all new album The Power of Rock ‘N’ Roll, an eleven-track masterpiece that fuses hard rocking rhythm with adept, colorful lyrics that are often spiked with seductively stylish hooks. With songs like “The Shotgun Seat,” “Give Some” and the engaging video for the title track, this Canadian crew unleashes some of the most potent riffs you’re likely to hear this spring, but they’re only one of a litany of elements that will get listeners instantly turned on, even in the most cursory of listens. The Respectables are completely in their element in this most recent trip to the studio, and for my money, their brand of rock is as authentic and textured as it gets.

“Wheel in My Hand,” “Oasis” “18 Wheeler” and “Highway 20” are all really textured and richly equalized as to direct our focus towards the lush string play that they each contain. In other tracks, like “Mardi Gras,” “As Good as Love Gets” and “Limousine,” The Respectables utilize a more streamlined approach to the arrangements, and despite the conservative style of attack, the concept actually yields some startlingly flamboyant results. There’s not a doubt in my mind that the band spent a lot of time hammering out all of the little details in these songs, and it was well worth the effort. They certainly didn’t skimp on the throttling video for the title track, which in many ways represents the high standards that The Respectables have always adhered to, both in and out of the studio.

The guitar is the biggest star in this record, and it really affects us with emotion and almost acrylic harmonies in “That Girl,” “Mardi Gras,” “Oasis” and “Give Some.” The basslines are pretty flexible in all of these songs, and the percussion forges a really nice backbone for the strings to bounce off of in strutting, rhythmic rock ballads like “Highway 20.” There’s an undeniable countrified grit to a lot of the material here, but I don’t think that it defines the overall mood of the record by any means. The Respectables have a really homespun, earnest poetic depth, and they exploit it for all that it’s worth in this album – arguably, better than they ever have before.

If you’re looking for straight-up roots rock to soundtrack your spring with, I highly recommend giving The Power of Rock ‘N’ Roll a spin this March. Inside of its eleven devilishly different songs, we get to know The Respectables through a mixture of dynamic lyricism and haunting string textures that will linger in your mind long after the band has ceased to play. After years of dominating the Canadian rock scene and enjoying over two dozen hit singles that occupied the top tier of the charts for significant periods of time, The Respectables prove that their strain of rock is still carrying on as strongly as ever, and furthermore, that their creative evolution hasn’t even come close to reaching completion. This is their sharpest work yet, and that’s no minor statement to make by any stretch of imagination.

User Rating: Be the first one !
Share
Previous Cleveland International Records has arrived!
Next Casey Ahern releases He Was Summer (EP)