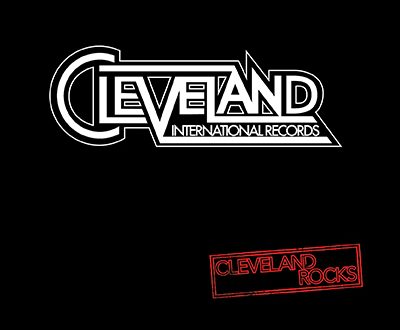 Soul-saturated swing doesn’t waste a second before throttling us with all of its muscular might as we descend upon “I Don’t Wanna Go Home,” one of Southside Johnny & the Asbury Jukes’ most beloved songs and only a fraction of the musical magic that listeners are beholden to in the compilation album Cleveland Rocks. The melodies are rife with a reckless abandon that is bittersweet when juxtaposed with the melancholic vocal, but we’re drawn ever-closer to the feisty flame burning within the bassline. Cleveland Rocks was released a number of years ago to critical acclaim, and in this new reissue from Cleveland International Records, it would appear that it hasn’t lost a drop of its fluidity nor its unbeaten charisma.

Ellen Foley’s “We Belong to the Night” and Ronnie Spector & the E Street Band’s “Say Goodbye to Hollywood” are two time-honored tracks from lyrical legends still occupying the limelight long after they first hit the scene, but they don’t dwarf the meticulous mix of Essence’s R&B beats in “Sweet Fools” or the bombastic grind of “Paradise By the Dashboard Light” by Meat Loaf. These songs couldn’t be more different cosmetically, but they mesh together perfectly in this record and play out seamlessly no matter what order you arrange them in.

The grooves in Mike Berry’s “I Am a Rocker,” Just Us Girls’ “Time Warp” and The Boyzz’ “Too Wild to Tame” are never going to go out of style, and if they ever did, I don’t know if I could see myself continuing to work in the music industry. One reason why I’ve always been fond of this roster that Cleveland International Records built their reputation around is rooted in its wide-ranging encapsulation of what is essentially the same creative narrative being translated by different artists in a multitude of equally colorful ways. That isn’t the case for most labels now, nor was it forty years ago when this one first got started.

Indulgent musicality is met with sharp, unfussy melodies in The Rovers’ “Wasn’t That a Party,” and the song balances out the tenacious beats of the title track and more cinematically vibrant material like “There’s No Surf in Cleveland” by The Euclid Beach Band and Iron City Houserockers’ “Have a Good Time (But Get Out Alive).” The passion is immeasurable from one track to the next here, and while I wouldn’t call this the most exotic collection of songs I’ve ever seen on a compilation album, it’s definitely in the top tier for the time that it was originally released.

The significance of a record like Cleveland Rocks cannot be overestimated, and I can promise you that you won’t find another album like it this year, or in the next for that matter. Cleveland International Records studded this release with every speck of gold that their artist roster ever possessed, and it doesn’t even come close to resembling the fragmented fodder of contemporary comps with similar goals to what founder Steve Popovich Sr. achieved in his lifetime. With his son behind the wheel and leading the way for a new era in the company’s storied history, I have a feeling that this won’t be the last time that we’re discussing the impact of this label’s unwavering war chest of talent.

User Rating: Be the first one !
Share
Previous “Million Miles Away” the latest single/video from the Gary Douglas Band
Next The Respectables deliver a signature blend