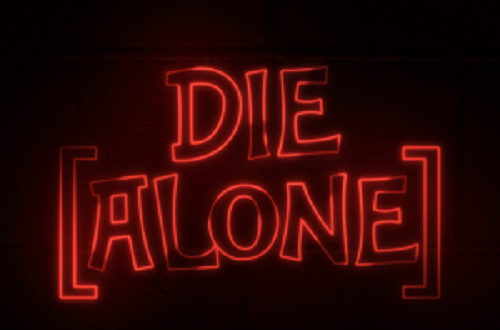 There is a subtle air of mystique, surrounding R&B artist, Vianchi. His sound is easily categorized, but his persona isn’t as transparent. Hailing from Springfield, MA, he seems relatively new to the industry. We don’t have much material to go off, but his new single “Die [Alone]” shows a great deal of promise. Young, ambitious, and talented, Vianchi is primed to make a serious go at musical stardom.

Wearing many hats, Vianchi, like most solo artists, is a self-starter. His entrepreneurial spirit, and his commitment to his cultivation as an artist, combine to exacerbate his motivation. It’s early in the game, but he appears to be taking all the right strides. As a signee of Independent Ear Records, it christens Vianchi, with a certain credibility. As much as modern day industry critics like to diminish the value of record labels, they still provide valid benefits to the artists.

“Die [Alone]” is a smoldering, slightly brooding track, that some might consider to have a dark undertow. The title is disquieting and deeply somber, which will mostly serve it well. Musically, it is a groove piece that compliments the title, and the subject matter. Vianchi, for his part, shows off his impressive falsetto, while exuding a shadowy sensuality. He hits all the right notes, figuratively and literally.

To make such a statement, regarding his mortality, is a bold one to say the least. Vianchi never seems unsure as he sings, or as if he’s speaking out of jest. He does, however, sound reasonably bleak. He is finally sharing his innermost thoughts, through song, and it has a heightened effect, by actually verbalizing them. It sounds like he’s sharing an realization he’s already arrived at, but the reality is colder than he might have imagined.

The subject matter on “Die [Alone]” is heavy, but not without its merit. It is sometimes, and maybe even, often times, an unavoidable and sobering conversation we must have with ourselves, in regards to our fate. Most of our plans are made with the expectation of life, but often not considering that death can disrupt them at any given moment. I’m not suggesting that Vianchi intended to evoke such existential examination, but the idea of death and dying is so absolute, that certain detours are inescapable. Of course, this is a hallmark of great music, as it inspires us to think of how it reflects our own realities.

This is one of, if not, the first offering from, Vianchi. To come out of the gate with such a deep and evocative piece is hopefully indicative of the risks, the artist is willing to take. Music needs risk takers more than ever, right now, across the board, in all genres. Vianchi likely has a dense reserve of material that he is eager to unleash upon the masses, and his debut single alludes to an intriguing ride, if we choose to take it. Vianchi may be willing to accept that he will die, alone, but that doesn’t mean, he’ll live that way.