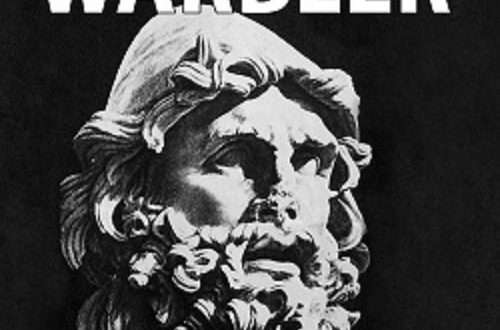 Warbler BC Releases One (LP)

In a lush, atmospheric melody that feels like it would go on forever if not limited by the track’s cutoff point, “Starry Gown” washes over us like an ocean wave, dragging us away from the shores and into a sea of emotional unrest that will only get choppier as we press on in this, the debut album from Warbler BC, One. We aren’t more than ninety second into this record before the essence of a soul-crushing passion begins to take over the narrative in the lyrics, and with the arrival of the poetic thrust behind the mic comes an additional layer of instrumental prowess entirely too understated to qualify as anthemic (and yet too powerful to be considered minimalistic in any way).

“Starry Gown” doesn’t lead us into some kind of breakneck hardcore; its slow-rolling rhythm takes the audience into an acoustic goth ballad in “Don’t Fall in Love” that seems to have been taken from a graveside slam session held somewhere in the grassy hillsides of south Denver. This song isn’t quite the electric fire-starter “Fair” is, but in all actuality, none of the tracks in this record are. “Fair” is the lone moment in which Warbler BC sounds more like a grunge project than the solo venture of a post-punk singer/songwriter who self-describes his work as emo and dream pop before he ever would a Seattle-descended alternative rock outing. It goes to show you how diverse a profile he boasts, and moreover, what he’s doing with it in the proper circumstances.

“Just What I Wanted” continues the dirty distortion of its tracklist predecessor but favors more of a garage rock volatility in contrast to a grunge-style stomp. The energy of the music remains the same here much as it does in the acoustic noise pop tune “Trouble,” my favorite song on the album, and from where I sit, all of it is held together by the singing. No matter the pacing, the placement of the strings or even the presence of elements like a bassline or percussion, Warbler BC is always crooning like his life depends on it in One, and that isn’t something I’ve heard in many records this year at all – let alone those that would be deemed alternative in nature.

One comes to an end with “Ulysses Song,” its most cryptic number, and after experiencing nearly seven minutes of the track unfolding and progressing into a compressed, ultra-punkish rock opera, I was left feeling as though Warbler BC still has a lot left to say despite this being the conclusion of the LP. There is a lot of ground left for this artist to cover, and as striking a first installment as One is, it feels like a chapter in a much longer story that is still in the process of being put together for the world in real time. I’ll be keeping Warbler BC on my radar until we hear from him again, and if this record attains any sort of success in the college radio market, I think that moment may come before the next year is over.