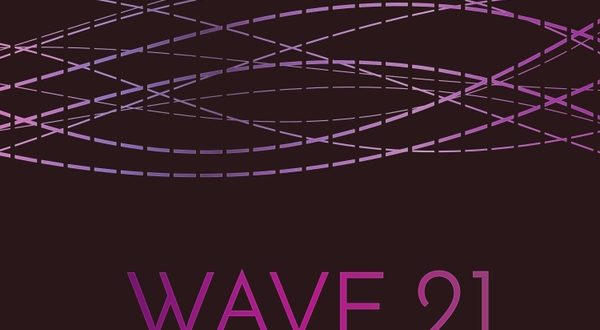 For those in the know, the tradition of Canadian country rock is a long one with storied names like The Cowboy Junkies, Blue Rodeo, and even The Band boasted four out of five members who hailed from the Great White North. Montreal based Wave 21 aspires to join their ranks with a self-titled debut effort and there’s every indication they can. Led by lead singer Mary-Lynn Doroschuk and her sister Emmy-Lou, daughters of longtime guitarist and producer of Men Without Hats Stefan Doroschuk, the sisters began writing songs early in life when they discovered father would give them ten dollars for each melody or song they came up with, their natural burgeoning talent sports a range of influences extending from Fleetwood Mac through Taylor Swift. It’s this sort of cross-section of sound, cut with a healthy dose of their own personality and experiences, distinguishing their debut from similar efforts in this vein. If Wave 21 aspires to join the aforementioned company, this self-titled first studio album sets the stage.

The opener, “Ya Ya Ya”, introduces us to Wave 21 in memorable fashion. The assertive drum sound may come as a surprise to some fans of country rock, but the full song brings listeners into familiar territory. There’s a natural weaving of electric and acoustic guitar giving the song a warm, rounded attack and the vocal tandem of Mary-Lynn and Emmy-Lou possess natural chemistry certain to capture your attention. The straight forward melodic strengths of the album continue with its second song “Here We Go” and the bright hue of Mary-Lynn’s voice rings out through the entirety of the tune. There’s less electric guitar presence in this song than we heard with the opener, but some slide guitar fills adorn the song to excellent effect.

“It’ll Be One of These Days” features another of the band’s strongest qualities – the bevy of voices they can bring to bear on any given tune. The backing vocals on “It’ll Be One of These Days” helps accentuate the inherently hopeful air driving the song’s sentiments. It’s another track relying a great deal on an acoustic jangle with drumming providing a strong contrast to its bouncy tone. The empowerment and confidence coming through “Pink Party” is well served by its uptempo pace and expertly played guitar fills courtesy of Nick Rivera. Mary-Lynn and Emmy-Lou’s lyrics are notable for their clarity and accessibility – even in the case of “Pink Party”, the related experiences and emotions are accessible to a wide audience of potential listeners.

Stefan Doroschuk’s presence on bass is consistent throughout the debut, but his violin contributions on the mid-tempo ballad “Catch Me” lends a particularly emotional edge to the track. Mary-Lynn really distinguishes herself with a heartfelt, patient vocal that’s sure to be a real crowd pleaser. The album’s final number, “Far Away”, is also the longest track on Wave 21’s first album and its themes of lost love and light melancholy never tests our tolerance for unhappiness thanks to the song’s wide-open, affirmative sound that keeps never mires itself in despair. Nick Rivera’s lead guitar contributions a superb lead break. There’s a satisfying amount of variety on this release and it’s clear Wave 21 are setting their sights on appealing to modern and traditional audiences alike.

User Rating: Be the first one !
Share
Previous AV Super Sunshine – Time Bomb
Next Corinne Cook – Yes I Can