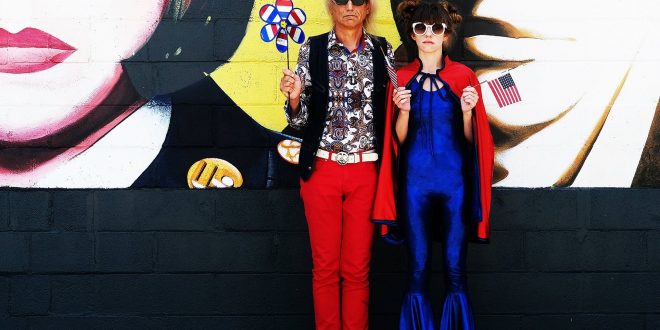 Fond Du Lac, Wisconsin might seem like an improbable birth place for one of the most idiosyncratic acts in the global music market today, but AV Super Sunshine occupies an unique position in the modern firmament of sound. AV has produced a number of popular, well-received albums coupling inventive EDM textures with a palpable rock spirit. The new club and radio remixes of AV Super Sunshine’s “Time Bomb” are the result of AV’s work with longtime collaborator and DJ Michael Bradford who has helped re-envision the Wisconsin based musical artist’s material in such a way that it can’t help but grab the attention of music devotees. The visceral, physically involving polish of the artist’s material comes vividly across in this performance – this is clearly music made for the dance floor and practically behooves any listeners to involve themselves with its rush. It is, however, endlessly inventive as well and never panders to the lowest common denominator.

This is clearly revealed by how AV Super Sunshine and Bradford are far from content with serving up some delectable beats. Instead, the club mix of “Time Bomb” is just that, an endlessly ticking, exploding composition alive with scintillating electronica passages and fully realized swaths of melody reaching far beyond the ken of what AV’s peers typically pursue. Much of “Time Bomb” is electronically driven, this is true, but the unmistakable sound of guitar in the mix and AV’s own voice brings an unique taste to the performance – a humanizing quality. Make no mistake, however, that the technological side of the song’s character is cold and sterile, as we typically hear synthesizers and sequencers in electronic music. Instead, the production emphasizes warmth and makes it clear “Time Bomb” isn’t merely a studio confection but, rather, a fully rounded listening experience just as vital pumping through club speakers as it, perhaps, might be performed live for an audience.

This is no small thing. AV brings a vision to his craft that isn’t cookie cutter in anyway – it’s clear he doesn’t view himself as an avatar for any particular genre and allows his Muse to carry him wherever she will. This results in unexpected and wildly satisfying touches like the aforementioned melodic passages he works into the song. His voice merely has to be serviceable but, once again, AV confounds expectations with a fun and rambunctious vocal tightly capturing the rock spirit percolating through all of AV Super Sunshine’s recordings. The radio mix isn’t quite as galvanizing, but there’s no question it demonstrates many of the same compelling attributes we hear with its club mix counterpart. Michael Bradford has turned in his customary first rate job re-envisioning this song for divergent audiences, but the core is AV’s powerhouse performance making this song surge from your speakers. “Time Bomb” is set to explode in the consciousness of many

CHECK OUT THE RE-MIXES: https://www.starfleetmusic.com/record_pool/index.php/featured/52-vip-featured-artist/4274-av-super-sunshine-time-bomb