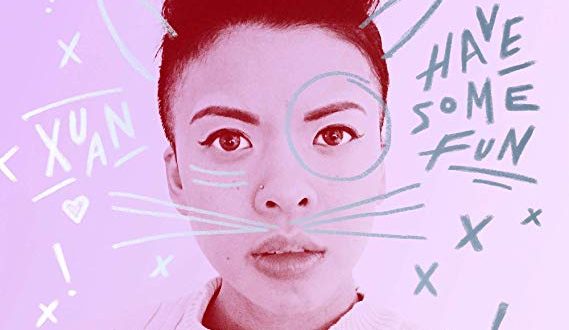 Xuan is Having Some Fun

A pulsating bassline ushers us into Xuan’s new album Have Some Fun shortly after we enter “Not the Man,” a groove-laden, bittersweet pop tune with a suffocating polish that makes its melody effervescent. Xuan wanders through the lyrics with supreme attentiveness; the words chase after the harmonies in the bassline while the drums casually keep everything nimble and tight. It isn’t until “I Wanna Know You” that she really starts to kick out the jams, but make no mistake about it – Have Some Fun is an album that will demand a reaction from those bold enough to pick up a copy and delve into the splendor of its playful rhythm.

“Big Blue Ocean” spews a cosmopolitan melody that is crushing thanks to the relative lack of treble in the mix, but Xuan’s vocals are left sublimely pristine and smoothly executed. A tizzy of white noise starts to bubble just beneath the bass as we shift gears with the seductive and somewhat jazzy “Last I Heard,” but it never has the audacity to try and wash over the funk-influenced guitar riffs, which cling to the beat and push the grooves straight off a cliff. We land somewhere in the garage rock of “Ain’t Hurting Little Me,” and its visceral beat inspires us to dance to its disciplined percussion.

One of Have Some Fun’s staple singles is the mid-album temptress “Sheila,” which admittedly takes its bigger cues from Prince’s “Little Red Corvette” but isn’t an all-out recreation of the crossover classic. This song sports one of the more exotic guitar parts in the entire record, and Xuan doesn’t try and overshadow its dexterous contribution with her own incredible vocal performance. Her singing is soft and lucid amidst the severe and sometimes psychedelic atmosphere that contains it, but the contrast is so immensely appealing that even its most postmodern attributes come off as streamlined and relevant.

The bright “We Were Just Talking” aggressively gets us back onto an optimistic trajectory, filling us with affectionate imagery of falling in love with a stranger in a strange place, while the follow up track “Nobody Knows” injects Have Some Fun with a hearty dose of ominous adrenaline that isn’t exclusive to the tempo. As we get into the latter portion of the record, Xuan becomes markedly more restless and hostile in her lyrical delivery, finally reaching a powerful fever pitch in the plaintive “Break This Heart Again.” She puts a lot of distance between herself and the band in this song and lets their collective stomp melodically knock us out before going on a percussive victory lap that leads into “Addicted to Your Game.”

We take a much needed breather with “Addicted to Your Game” before getting right back into the crunch of “Shut It Down,” which is easily the most vicious of all the tracks thatHave Some Fun presents us with. An MC5-style riff is tempered by her decadent vocal, and when “Night Drive” finally brings us to a poignant, unfussy conclusion, one can’t help but feel like they’ve just travelled a thousand miles beside the brilliant Xuan, who shares with us a lifetime’s worth of profound confessionals, humorous anecdotes and authentic emotion in twelve multifaceted pop nuggets. This record’s positive energy speaks for itself, but if you ask me I think that Have Some Fun does everything that its title implies and then some for anyone who craves dreamy rock rhythms and supple grooves to match them.