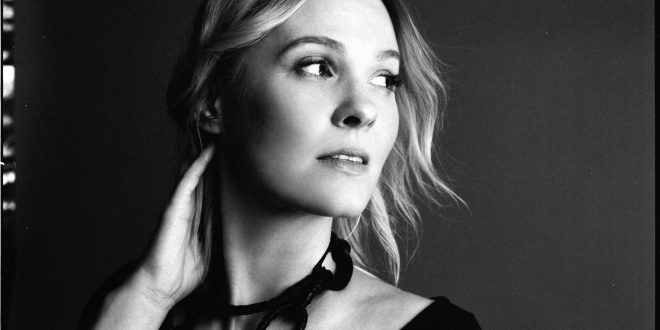 I don’t want to ever limit myself, but folk and classic country are always at the roots of what I write. If we take away the strings from the “Fortunes” album, they’re actually folk songs.

It depends on the day, but Joni Mitchell, Dolly Parton, Bonnie Raitt, Willie Nelson, Robert Earl Keen, Tori Amos, and Jason Isbell are in there.

I hope my songs bring some comfort. For me, there’s a sense of relief in accepting truth, so I work to get as close to the truth as I can. I find comfort in sinking into the reality of things. There’s light in the dark, and dark in the light, and the beauty really is in the contradictions and shades of gray. Black and white, while I love the color combo visually, turns me off intellectually. Of course, I believe there’s right and wrong, but within right and wrong there’s always context. The context might not make a damn lick of difference when we’re talking about, say, homicide, but in lesser crimes of the heart, the story is everything. This is why I’m a big fan of Malcolm Gladwell, I love the passion he has for our flawed human race. We sure are a funny lot. I’m not totally sure why we’re here on this planet, but I do know that there’s a whole lot to experience while we’re in residence. There are all kinds of different people, different situations. The more of an emotional range we develop from our experiences, the stronger we are. In short, I’m just reporting. I hope this makes sense!

I’m in Nashville, so the music scene is the locale! I was still finishing my album when we moved here last summer, and now this virus is happening… I haven’t gotten to play out much yet. I’m so looking forward to getting to do that. Music is in the air here, in the water. It’s everywhere. I’ve never lived in a city like this, and it fuels me creatively, even just sitting in our house. The previous tenants were songwriters too, everyone is a songwriter or a musician or knows some. It’s great. Really great. My Dad is an awesome harmonica player, and he likes to come over and jam.

Everyone around me knew from the time I was small, so I always took for granted that I was. My family’s expectations for me just happened coincide with what I felt like doing. There were always things people disagreed on, but this was something everyone seemed to get behind. I know it isn’t always like that for people, so I have to remember to always be grateful for that. I was never expected to do anything else.

What do you like most about playing live? My husband surprised me with tickets to the Fleetwood Mac reunion tour a few years ago when they came through Los Angeles. That was special. Of course I’ve heard “Landslide” a million times, but experiencing it live made me bawl my eyes out right there in my seat. And I get the Lindsay Buckingham obsession. He was on fire! I’ve been to a lot of great concerts, but that one stands out. There was the added knowing that all of them together was a fragile arrangement, and that knowing only made it more intensely wonderful.

When I play live, I love the adrenalin rush, it’s like a fight or flight thing that happens, and in my case ‘fight’ means ‘stay in the moment.’ I can’t run off the stage, that is unless I want to give up, so my only real choice is to hang onto the seconds and be as present as possible. I’ve never gone whitewater rafting, but I imagine it’s like that. The more people there are in the crowd, the more fun it is, and the less self-conscious I am, funnily enough. Catch me walking around in a grocery store, or get me in a one on one conversation with a stranger, and I can be all elbows and knees. It’s a strange phenomenon.

My favorite is “Funny Man.” Again, I’m from a folk background, so the simplicity and honesty of this one is beautiful to me. It was easy to write, easy to sing, easy to play. It just comes easy. There’s nothing to think about. It’s a placid lake.

Releasing “Fortunes” was empowering for me in every way. I produced a lot of it myself, and wrote it myself. I’m my own label, there was no one calling me, no one demanding anything from me. For a head in the clouds gal such as myself, this was a real feat. So I’m proud of myself for getting it done. It was the second big hill (the first hill being my EP, “Come Visit Soon”), and there was a whole lot to learn. There were some moments there that required a large amount of endurance. Artistically, I’m not sure how to track my evolution. I probably won’t know until several years down the road. It happens incrementally. What I do know is I’m more brave now than I was. I took some chances with “Fortunes” and there’s not a note on that album that I didn’t approve, so if nobody liked it that would have been hard not to take personally. It’s me on a platter. Now that I know that went okay, and that my taste isn’t too different from what some people might like to hear, I feel all the more compelled to do it again.

By chance, I’ve gotten to meet a few of my heroes, and I would always want to do any of those things with them first. I’m only saying that because, just in case they ever read this, I don’t take them for granted. Some I just haven’t had the nerve to ask!  For very personal reasons, having mentors is a gift I treasure more than I can adequately express.

A person I have not met, and really want to work with right now, is Jason Isbell. I think our voices would sound great together, and I absolutely love the way he writes.

I’m releasing a single, probably in the next six months, and also putting together songs for my next album. If we’re allowed, and if it seems wise, I’ll be playing the Key West Songwriter’s Fest this fall, which is always a great time. I’ll be working away!