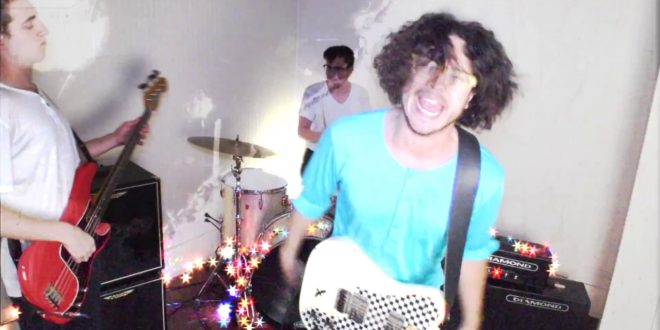 Buenos Diaz will release its 4th studio recording entitled Gringo Novelas next month on May 22nd. When I originally began recording these songs, I thought I was just recording some demos in my bedroom, but what began as demo sessions soon turned into full studio recordings and in the summer of 2016 I invited Greg Clifford over to lay some drums down. Over 7 weeks we tracked drums for about 30 songs in my studio using minimal mic techniques. After it was all done, I started to ask myself “Why spend a bunch of money RE-RECORDING all of this stuff?” So I buckled down and began re-recording some parts to Greg’s drum tracks, because that’s where the foundation of music lies, in the rhythm with the drums. Some original “demo” parts remained completely intact, a vocal here, a bass line there, some rhythm guitar parts. The songs really began to take shape so I invited Mike Saint Clair over to lay some keyboards down to really bring it home. Once everything was mixed, I found an old Tascam Ministudio Porta02 MKII cassette machine on eBay and ran the 2 track mixes through High Bias cassette tape for some sonic flare and color. Afterwards, Kevin Blacker of Blackler Mastering in Brooklyn, NY gave it the final stamp of approval. From demos, to studio recordings, and Hi-Fi recording to Lo-Fi analog cassette tape, Gringo Novelas will soon be out.