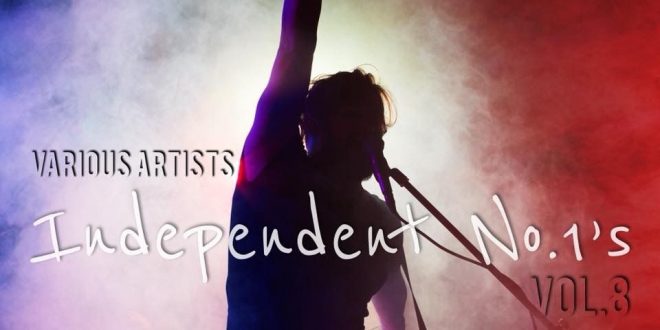 The WOA Entertainment Group has announced release dates for the 8th edition of their best-selling multi genre annual compilation album Independent No.1’s, compiled by platinum selling MTV EMA Nominated producer and artist Oliver Sean. W.O.A International (Music Division of WOA Entertainment Group) has officially announced that the 8th edition of their best-selling main stream multi genre compilation album Independent No.1’s Vol.8 will be released worldwide on the 29th of April. Keeping with the theme of breaking bands being featured on this album, this year again over 17 breakthrough artists from different parts of the world have been selected for Vol.8

Conceptualized and Produced by Leicester based Platinum Selling MTV Europe Music Awards Nominee Oliver Sean, the album has had great success through the years including being selected for the Grammy Awards best packaging nomination ballots and various radio charts. The Independent No.1’s album has always been a non profit album where 10,000 promotional copies are replicated and distributed for free to Radio, venues, resorts, restaurants and as giveaways to fans with the sole purpose of promoting the breakthrough artists selected by the WOA Entertainment team. The artists are selected via WOA Entertainment’s syndicated shows – WOAFM99 Radio Show and the WOA TV Show, which promotes multi genre independent musicians across commercial radio and tv networks in the region and select acts from the WOA Records elite roster of artists.

“The Independent No.1’s is a project we began in 2008 at the Annual WOA International Music Festival and Tour in association with Vh1 with great support from fans” says W.O.A Entertainment Group Marketing Head, Wanda Alvares, “the compilation initially focused on the artists that were signed to the WOA Records elite roster, however since 2013 we have featured breakthrough Independent and DIY artists from around the world, which in turn has brought into focus wonderfully talented artists that would otherwise not have main stream access in regions like India, Dubai and other major emerging music markets”

The Independent No.1’s Vol.8 compilation Album will be available for preorder on iTunes, Amazon, Google Play and various other online and offline stores in April. Bands can now submit for Vol.9 of the Independent No.1’s scheduled for release in the 2nd quarter of 2019.

To find out more about the Independent No.1’s compilation visit: http://www.independentnumberones.com and http://www.woaentertainment.co.uk