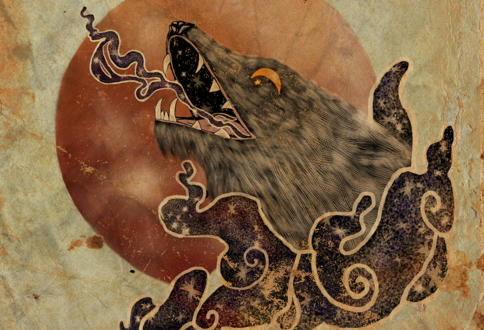 Across the Board drop new LP

Fleeting string melodies flanked with a shimmering vocal track will get you hooked on “Alpha Wolf.” A stutter-step groove making merry with a bulging blues bassline will draw you into the firestorm that is “Graffiti.” Though littered with an illustrious keyboard part, it’s the treble-saturated lead guitar that will get your heart pumping faster than anything else in the ballad “All Gone.” White noise gets transformed into an alternative rock anthem in “Eye of the Storm.” Brittle jazz harmonies are laced with a heavenly serenade in “Calling.” If the glowing radiant rhythm of “Monster” doesn’t have you hypnotized by its tizzy of raucous riffing, then the sonic sorcery of “Wild Ones” most definitely will. Together, these seven songs and a spoken word prologue comprise the unforgettable album Wild Ones from Toronto’s Across the Board, and calling this LP anything other than an anthology of contemporary indie rock magic simply wouldn’t be doing its virtuosic compositions justice. Across the Board pull out all the stops and execute a rock n’ roll symphony for the ages in this latest release, and that’s one of the reasons why it’s my pick for best new album of March.

Tonality is clearly paramount to this band, as they have made sure that every one of these songs is riddled with an explosive color that is only possible through a dedicated approach to the soundboard. The title track, “Calling” and “Alpha Wolf” alone symbolize a stylistic quantum leap for Across the Board, who despite releasing some really engaging material in the past, have never conceived something quite this ambitious before. There aren’t any nerves getting in the way of their delivering verse after verse of engrossing poetry matched up with violent grooves, and though they’ve got some stiff competition from their southern neighbors in the United States, I’m not sure that any of their American contemporaries are operating with the surreal self-confidence that cultivates the swaggering swing in “Monster,” “Eye of the Storm” and “Graffiti.” There’s nothing absurdly counterculture about Wild Ones, but at the same time, there isn’t anything to tether it to the realm of conventionalism that so many of their peers seem more than content to drown in.

If you’ve been searching for a record that will stir your soul on multiple fronts, provoke deep thoughts and introspection but also inspire some genuinely fun rhythms to shake to, you needn’t look any further than the eight tracks that are found on Across the Board’s Wild Ones. Save for the introductory track, there isn’t a single moment in this album where we aren’t being bombarded with bombastic beats and evocative poetry that is as authentic and real as a setting sun on the horizon. Canada has been having somewhat of a rock n’ roll renaissance lately, and there’s not much of a question as to whether or not this band is at the very center of the spotlight at the moment. They’ve certainly earned it, and I have a feeling that they’re nowhere near finished when it comes to dazzling a world hungry for a raging rock sound.

User Rating: Be the first one !
Share
Previous Francine Honey releases “To Be Continued”
Next Jas Frank & the Intoits release new music