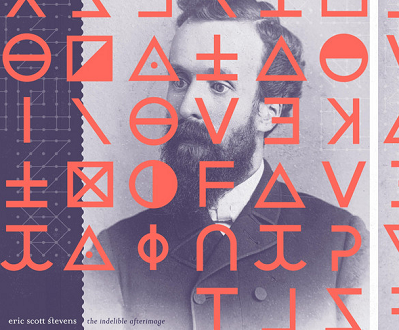 “Burnt Umber” from Eric Scott Stevens’ third studio release the indelible afterimage is compelling from the first. Stevens paces the song as a rough-hewn ramble with echoes of guitar lifted out of Neil Young and Crazy Horse circa 1969 and strained with distinctive personality. Balancing the recognizable and idiosyncratic takes immense skill.

He brings gifts to bear at every level. The lyrics and musical arrangement alike sparkle with a loose yet high charged inspiration and the stroke of familiar heard throughout the song. Stevens’ hushed delivery surrounds the phrasings and words alike with an additional dramatic veneer. It makes it difficult to resist his art.

The track’s never strident. Stevens and his collaborators strike a well-measured note for listeners and the seamless weave of acoustic and electric guitar never competes with his vocal. Listeners introduced to the album for the first time by this song will come away feeling like they can rely on the remainder of the release reaching or exceeding the same high bar.

His songwriting template is classic. Mixing electric and acoustic guitars like he does here is a hallmark of countless iconic numbers, but there’s a spectral quality present in the track. Stevens invokes Hemingway’s idea of grace under pressure without ever straining for effect and you can hear hard-won struggle suggested in the writing and playing alike.

It doesn’t run on too long either. Stevens understands the value of condensing his vision for listeners and the song’s tight construction fluidly segues from one passage into the next. There is a certain inevitability about the performance. Few listeners will mind, however, as Stevens and his musical partners execute the track’s musical turns with such surefooted skill that you can’t help but enjoy hearing them making those turns.

There’s a certain amount of effects applied to the guitar. The reverb, however, is never too pronounced. It gives a nervy edginess to the instrument and accenting the song’s melodic content with a light twang diversifies the track’s sound. Its drumming sets a steady tone that never pushes too hard; the tempo has a light swing that will appeal to many.

“Burnt Umber” doesn’t attempt remaking the songwriting wheel. Stevens has mastered the form’s eternal verities and there’s an easy going confidence pervasive through his performance. It’s his second release but listening to this recording gives you the sense of someone who’s been working at their art for many, many years. It never risks sounding stale, however.

This is a songwriter and performer engaged with his material each step of the way. There’s no sign of coasting heard during “Burnt Umber”; each turn along the way seems natural yet plotted out. It sparkles with life though. There’s none of the paint by numbers retro rock we might hear from lesser artists and none of the self-indulgence. Eric Scott Stevens has a statement to make with this new single and listeners can put their own spin on it without ever disregarding his artistic intentions. It’s a fully satisfying offering that holds up over repeated listens.

The music of Eric Scott Stevens has been heard all over the world in partnership with the radio plugging services offered by Musik and Film Radio Promotions Division.  Learn more https://musikandfilm.com