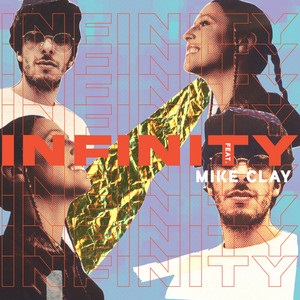 Making the jump from French pop to music in English can be a tall order, as the general expectations of each market can differ greatly. Thankfully, in recent years, the lines have become significantly blurred thanks to artists such as TV Girl and Belle & Sebastian, and pop music has become more of an aesthetic choice and an answer to the mainstream than the actuality of being the mainstream. It’s an interesting ouroboros, and it has a groovy soundtrack.

For Canadian-based artist Caracol, the jump into making English-language music has seemingly been one in the works for a while — with her first English-language album out in early 2023, she’s begun the rollout with her new single “Infinity,” which will act as the first single off of the new album. Now, she’s no novice to the world of music and this still-untitled album on the horizon is her sixth record to be released, so don’t expect amateur hour. As a matter of fact, “Infinity” is one of the tightest pop tracks to come out in 2022.

The upbeat core of “Infinity” never compromises itself for something deeper and darker. Rest assured, what you see on the outside is what you’re getting — Caracol has a song primed for the airwaves as she one-ups herself yet again and delivers top-shelf pop music as if it’s second nature. The effortless shift from English to French feels like such a simple yet simultaneously major swing, and the way she blends the two languages within the song as a nod to her international roots and a hint toward her future feels impeccably timed, and she pulls it off without breaking a sweat. There’s a classic approach from Caracol on display that most modern musicians seem to forgo in favor of being a little bit more “secretive,” but Caracol shows all of her cards willingly and allows her pop music to be simply that: stellar pop music.

Caracol is an artist who has been performing for longer than most popstars on the radio, and that alone gives her the leg up on the competition; her seemingly genetic gift for music erupts from her voice and general aesthetic without a moment’s hesitation, all but assuredly crafting whatever we’ll go on to see as the Next Big Thing within the next few years, if not months. Being able to swim within the pools of pop music means always being on the next trend, and Caracol is someone that simply exudes musical knowledge, as her music has always seemingly shifted and grooved along into the next era without hesitation.

“Infinity” is a new direction for Caracol in the way it moves languages, but the blend of both French and English makes this new step for the artist feel less hazardous and more planned. There’s something at play within the direction of this new record, and Caracol seems primed to deliver on whatever comes next. There are only so many days in a year, but Caracol seems ready to keep running, releasing music from here to “Infinity.”