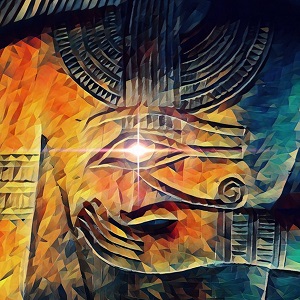 Classical guitarist CelestiOwl continues adding to an already substantial body of work with his new EP release Metanoia. The four-track collection illustrates how CelestiOwl’s ambitions reach far beyond mere instrumental work and aspire to something akin to Art instead. He draws from influences reaching far beyond the typical assortment of classical guitar progenitors – philosophical and spiritual concerns fall within his purview.

It does not make for pretentious listening, however. “Hamartia – The AErrows of AEros” opens the EP with pensive and lyrical guitar playing. It transitions into a far more deliberate section that, despite the increasingly physical nature of the playing, never forsakes melody. The mood shift does not carry the song far from its initial incarnation and radiates passion, albeit in a different fashion than the song’s beginnings. The EP’s second track “Coming hOMe” adopts much of the same direction as the opener does. It has a much more desolate, windswept mood accented by the light keyboard color in the song’s background and its scattered and indecipherable vocal contributions.

CelestiOwl does more than just play his guitar during this song. He knocks his knuckles against the word for a percussive effect, never overdoing it, and thus nicely compliments his performance in an understated fashion. It isn’t an especially lengthy tune, both the first and second tracks come in under six minutes, yet they feel so much more expansive than their running times may imply. CelestiOwl’s compositional gifts are remarkably painterly – it is not his individual brushstrokes that matter as much as the complete canvas taken in its totality.

“Duende” has surprises unheard on the EP until now. It is also the album at its most exquisite and the space CelestiOwl makes such terrific use of in the song is essential to its ultimate effect. The production captures his acoustic guitar playing without almost microscopic focus without ever diluting its sound. The aforementioned surprise may startle many listeners on their first encounter, and some may even find it feckless, but it illustrates another side of his musical identity. It is the final piece in the song’s puzzle and its addition to the track will help make it a favorite for many.

The finale “Absence – I Fear and Long for You Most” has an extraordinary middle section when CelestiOwl dials up the musical intensity in a longer and more sustained manner than elsewhere on the EP. The music embodies the title – even a cursory listen uncovers the mood of desire, fear, revulsion, and passion arising from the music. His marriage of sensitivity and flat-out power is seamless and distinguishes him from a bevy of his peers and contemporaries. CelestiOwl’s latest release Metanoia may be brief, both overall and by individual tracks, but it nevertheless aims high and finds its mark each time out. It is the latest triumph in a lifelong musical journey for the talented guitarist and will certainly not be his last. If you value high-caliber musicianship, outside-the-box composition, a willingness to risk the listener’s wrath and a poetic sensibility, CelestiOwl’s music is for you.