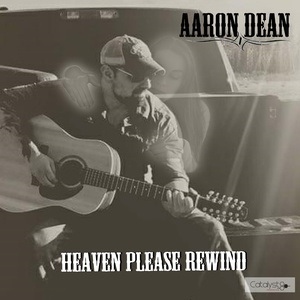 Alberta Canada based country singer/songwriter, Aaron Dean, makes his debut with the single “Heaven Please Rewind” from the album –Piece By Piece, and it’s a soothing introduction to what sounds like it will be a great first album. Not much is known about this crooner from Ontario, CA, but with an album yet to come and this single showing up with a lot of enthusiasm, it is not hard to assume good things lie ahead for Dean without a doubt. The pandemic has been tough on everyone, and the musicians of the world are certainly no exception to that unfortunate rule. This is one of many ballads I have heard that’s helped.

As we come out of the crisis with a lot weighing on the mind, a good ballad never hurts, and music is about healing and gratitude, which “Heaven Please Rewind” seems to be all about. The feeling is that it’s just not hard to relate the environment to anything being released on my radar, and the ballads seem to not only be coming out in abundance, but they’re very good and heartfelt tunes like this. Dean makes no secret of his feelings in the process of going through these times of turmoil and chaos.

The vocals on “Heaven Please Rewind” are laid back and the lyrics are precise and to the point of the song, which can’t be missed, but it also flows like a river of silk. The song is very well produced, so rest assured the album is a fine production to look forward to, and I bet the fans he plays to around town are in for a well-deserved treat. Once again, if this is any indication of how it’s going to go, I am all in for the entire yet to be released full length album without any hesitation.

I like this song for every reason there is to, but it is not only a traditional country ballad, it also crosses over into modern day country with a more easy listening or soft rock appeal. The guys like Garth Brooks who changed the game, surely had an influence of that sort and it rubbed off on the new generation of country players. The ones he seemed to be influenced by were Jim Croce, James Taylor and others of that ilk. This is where Dean seems to tip his hat, although clearly spiced with your Stapleton’s and Urban’s but-yet to fully be heard to examine.

The fact that Dean comes along with a minimum fuss at a time where everyone is fussing around, makes you feel more at home where you’ve been the last year or so, and I found it comforting to say the least. Artists like this who are very steeped in the Cash’s and the Waylon’s but stay on the edge with modern but still good for the soul music are getting harder and harder to come by, so this is a good listen and should lead to the full Dean package on Piece By Piece, well worth looking forward to.

The music of Aaron Dean has been heard all over the world in partnership with the radio plugging services offered by Musik and Film Radio Promotions Division.  Learn more https://musikandfilm.com