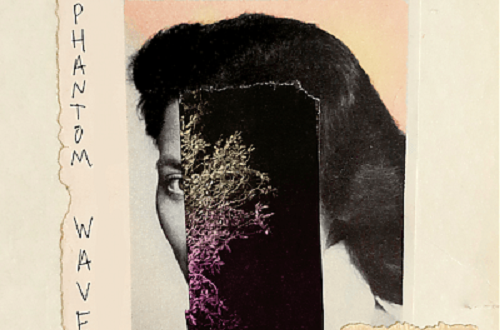 There aren’t many indie rock purists around in the trenches anymore, but this could be the very reason why a band like Phantom Wave sounds as refreshing as they do in their debut album Wilds, due out this March everywhere alternative music is sold and streamed. In Wilds, Phantom Wave channel the ethos of past legends of left side of the dial while playing to a postmodern template completely inaccessible to the average listener just ten years ago, and while they clearly take their influence from a broad array of artists, theirs is one of the more cohesive sounds I’ve had the opportunity to hear lately.

Wilds is an album that makes us want to turn the volume knob ever higher in hopes of better appreciating all of the rich texture and tonality its master mix and instrumentation has to offer, but songs like “Glower,” “Amarinthine,” “Depth Charge” and “Sweet Cheera” never celebrate the bombast of noise pop for the sake of being louder than anything else around in 2021. On the contrary, I would say there’s a very deliberate use of intensity in this record that alludes to a greater command of sonic poetry than one might expect out of such a relatively unknown pairing early on in their career together.

“Everglades,” “Resin,” “Anterograde,” “Across the Avenues” and “Valhalla” sport some striking physicality that does a lot to advance the narrative here and, more importantly, the emotion driving it. I like that Phantom Wave are seemingly going out of their way to ensure natural elements are enhancing the creative spirit of the material and not some sort of synthetic accent, which I feel would have only come between the artists and the audience they’re looking to tell their story to in Wilds. It’s not an outright progressive LP, but there’s absolutely a concept in play throughout these songs.

I really love the grit of the strings in “Billows,” “High Dive,” “Recursive” and “Depth Charge,” and if you ask me the definition of the guitar parts in this album might have been enough to serve as a centerpiece all on their own. The fact is, when you’re working with the intricacies that Phantom Wave are in their performances here, you don’t have to be elaborate with the lyricism nor the production quality found elsewhere in the LP. Being how stellar every part of Wilds is from beginning to end, I think the detail is all the more a testament to their collective skillset.

Let there be no need for debate in 2021 – Phantom Wave’s Wilds is the best debut of the year so far, and it’s going to take a lot of melodic moxie on the part of their rivals to produce anything quite as good as this piece. Aside from there being enough artistic appeal to make even the most undistinguished of critics feel enthralled by what they’re hearing, this is an album that wants us to unwind and let our guards down as its creators have. That alone is an inspiring result of courageous experimentation, and I doubt I’ll be the only critic to say so.

User Rating: Be the first one !
Share
Previous “Peace Will Come” by Teddy Wender
Next “Heaven Please Rewind” by Aaron Dean