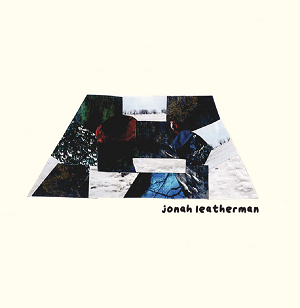 Gritty with fuzz and a dirty pop melody as fat as it is loud and proud, the sonic profile of “Sunhat” in many ways summarizes the tone of Jonah Leatherman’s eponymous debut album as good as any other track on the record does.

Fleeting moodiness, sourced directly from the guitar parts, is a strong recurring theme in this tracklist, whether it be in a romper like “Sunhat” or something a little more progressive ala “String,” and it’s easy to get lost in the sway of the instruments as they form different emotional states from one song to the next. In works like “Looking Glass” or the album-opening “Westward the Wagons,” there’s so much being conveyed to us outside of the lyrics that one might be wise to listen to this record a few times through before drawing any complete conclusions as to what the band is trying to break down for us here. Theirs is a style of rock that doesn’t sound chained to the barebones expressiveness of the old guard so much as it is the surreal multidimensionality of something a bit more futuristic and independent of traditional aesthetics.

“Between the Lines” is one of the most melodic tracks here, but it doesn’t take anything away from the brawn of a single-worthy song like “Mourning Glory” at all. Jonah Leatherman can work out a groove just as well as they do a hook in this LP, and where some of the complicated moments found in songs like “String” or the pensive “Castle Stones” might have tripped up some of their contemporaries, they address them with a sense of simplicity that is something I was really impressed by right out of the box.

It’s hard to imagine tunes like “Sunhat” or the freewheeling “Couldn’t Find Any Reason” existing without the influence of retro alternative rock in the way of Overwhelming Colorfast and R.E.M., but at the same time, it’s hard for me to describe any of this material as being a direct throwback per se. Jonah Leatherman have got a lot to say to their listeners here, and it’s much easier to get their point across from an organic position than it is one of imitation, the former being what they chose to go with when coming into this debut LP.

From garage rock revivalists like “Moody Judy” to more thoughtful rock n’ roll like “Couldn’t Find Any Reason” or “Mourning Glory,” Jonah Leatherman issues an album in this self-titled effort that makes it fun to think about heavy music again as it stands in 2022. There isn’t a lot of competition for this band when you look at some of the halfhearted offerings that have been coming out of their scene in the past four months of the year, but instead, I think the only real rivalries they face are on the international stage. Jonah Leatherman is ready for the next stage, and this pro-level introduction to their sound is all the proof that I need as a critic and fan.