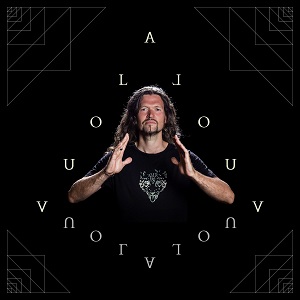 Delivered to us in a lazy sway that seems to drag us a bit closer with each passing beat, “Under Above Orion Venus Loves” signals its control over anyone within earshot of its string play through a dominant sonic presence almost certain to give rock fans a chill this spring season. One of the more intriguing tracks on the new record Alouv from Vuola, “Under Above Orion Venus Loves” reps one of the more significant themes of the album on its open sleeve – progressive songcraft – and makes no apologies for its unmistakable, and actually quite rebellious, strain of indulgence.

Conceptual melodies and stacked arrangements aren’t the only appealing element in Alouv; truth be told, I think the way the rhythm shapes works like “Laugh Vivid Often Adore Unity” and the opening piece “Vapaa Uljas Onnen Lapsi Aamun” is even more powerful than what the melodic componentry of the tracks can do. There’s so much to learn about this project just through the complicated means through which it finds a way to humanize some of these more elaborate compositions, all of which seem to transcend pop standards just for the sake of being a little different (and more emotionally provocative in my instances).

It’s more than a little obvious that the creative mind behind Vuola is someone who cares a lot about the complexities some in the pop music world would just as soon leave on the sidelines when making an original work like Alouv, but this doesn’t translate negatively in songs like “Omana Omala Ogana Odati Ojoda” in the least. Contrarily, there’s a sense of justness in this tracklist that is born of a player making thoughtful music exclusively, which is why I think so much of this record plays out more like a drama on the screen than it does a conventional rock LP.

To say that Alouv is a meditative effort might not be doing it enough justice, but in any case, this is an album that is almost guaranteed to get a lot of people in the underground talking about Vuola and the neo-progressive concepts that are being brought forth on this initial studio offering. I’ve always found this kind of work to be really exciting when it’s presented by a charming personality, and in Jussi Vuola, I think we’ve got an artist that we can count on for both exciting – and remarkably unpredictable – content from this brand in the future.