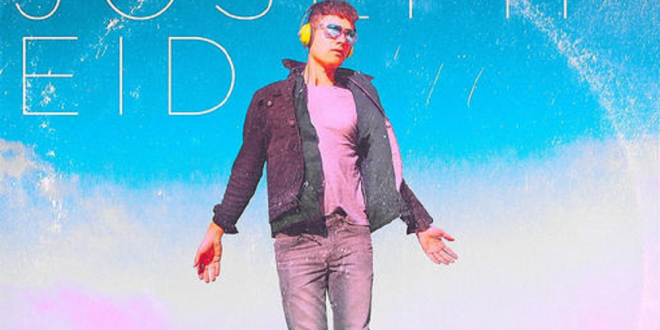 Joseph Eid’s “Listening to Madonna” is a Gateway

Good music can be a lot like a time machine; it can transport us back to the era or place where we first discovered its melody just as often as it can evoke imagery of people and past celebrations us with its lyrics. In that spirit, Joseph Eid’s “Listening to Madonna” is a gateway into the personal history of the man behind its fabulous musicality. Eid discusses where he was back in the day and where he might be going ten years down the line from now in this latest single and music video, and he uses the ebb and flow of a boisterous, guitar-driven groove to create an opulent instrumental canvas to paint his poetic picture upon. It’s some of his most well-rounded work yet, and easily one of my favorite new songs out this June.

The bassline in “Listening to Madonna” is subtly tucked into the mix, but it adds a lot of texture to the hook, giving the chorus (and Eid) all the more oomph. Eid operates like the seasoned professional that he is from behind the microphone, and I think it can be said that he sounds a heck of a lot more relaxed and in his element here than he did in his last release. He’s letting the words flow from his heart so freely, and in the music video he pulls all of our attention away from the colorful goings on of the background figures and towards his presence, much in the same way that a 1950’s Hollywood star entering the climactic scene of a motion picture would.

This single sports a really multilayered master mix, but it’s not as overly complicated as some of the rock and hip-hop material I’ve been spinning in recent weeks has been. Both the video and the song on its own are incredibly simplistic, but this isn’t to suggest that there wasn’t any money or effort put into either of them (it’s clear that there was plenty of both involved in the production of “Listening to Madonna”). Joseph Eid has proven himself to be unrestrained by the bells and whistles that a lot of artists rely on when it comes to making a smash single; if anything, he goes out of his way to keep the fluff out of his fretwork, and furthermore, the lyrics and binding production style of his music in this track. It’s a commendable act nowadays, and unfortunately, a bit of a rarity in pop music at the moment.

I had some pretty high hopes for the new Joseph Eid release, and I’m happy to say that “Listening to Madonna” lived up to my expectations excellently. Eid still has some room for improvement and a couple of rough edges that could be smoothed out when it comes to exploiting a catchy rhyme, but this is certainly a song that I would recommend to music buffs everywhere just the same. I’m very impressed with how far he’s come as an artist in the last couple of years, and if he remains on this current creative trajectory, it could lead to that much-anticipated follow-up to 2013’s Human that critics like myself and many others have long been waiting for. The bottom line? Mr. Joseph Eid is undoubtedly one of this summer’s most intriguing artists to watch.