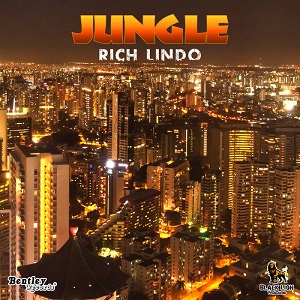 If you’re looking for fire-quality beats this summer, Rich Lindo has you covered with his provocative new single “Jungle” and its thoughtful music video. While most of the attention related to the Black Lives Matter movement has been focused on the American arena, the justifiable unrest has been plenty active in Lindo’s Toronto scene as well, and he isn’t about to stand silently here. The video for “Jungle” feels like a tribute to the modern struggle and those who are caught in the thick of it at the moment, while its melodies feel like the theme of a new boss player on the scene.

Instrumentally speaking, there’s a lot of detail to the structure of this single that forces Lindo to utilize a multilayered master mix as opposed to something simpler, but I wouldn’t be quick to deem him an indulgent artist because of it. Complexities are too often dismissed as being the result of aesthetically-experimental recklessness when it comes to new hip-hop, but in the last year, I’ve heard a lot more content in the vein of “Jungle” that pushes the envelope (in a good direction). I personally think we’ve all heard enough cut and dry rap in our lives, and this is apparently someone who agrees.

The vocal is always the most robust element in “Jungle,” but it doesn’t edge out the presence of the bassline and the percussion at all – in many ways, it’s the yin to their collective yang. Based on the clarity of the mix in this regard, I think it’s obvious that Rich Lindo wants us to know how much disdain he has for synthetics in contemporary hip-hop. His melodies are crisp and clean and, even with the complicated arrangement, the instrumentation sounds wholly organic and anti-robotic, which are awfully hard to find in the plasticized commercial rap sector.

There’s some volatile contrast to the melodic parts at the start of the song that really caught me off guard the first time I sat down to hear “Jungle” last week, but the tone this juxtaposition eventually contributes to the song was a welcomed addition for certain. When you get down to the technical details of this single, and for that matter the video, it’s not difficult to understand why Rich Lindo is picking up the steam with Canadian listeners that he is this summer – with his sonic intellect and the ground he has left to cover, he’s a rapper worth getting a little excited about.

I’ve been hearing lots of good hip-hop in the last couple of months, and this is easily among some of the best from the Canadian underground that’s come across my desk in that timespan. Toronto has a growing scene, but Rich Lindo strikes me as someone who would catch my attention even if he were stationed in Ohio rather than Ontario. He’s got the right moves in “Jungle,” and although it’s far too early to say how far he’s going to go in the game, there’s absolutely evidence here that suggests he’s got a pretty good thing going.

Share
Previous King Falcon’s “Shake! Shake! Shake”
Next Greg Hoy and the Boys are back with new Single-Video