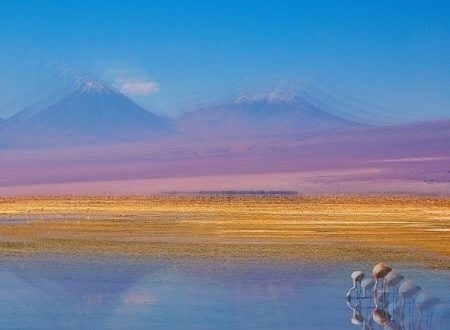 Describing their music as essentially folk songs with modern influences seeping into work, Kazyak is led by singer/songwriter Peter Frey and their first full length studio release Reflection solidifies their standing as one of the most promising acts in recent memory. They are based in Minnesota’s Twin Cities area and their undeniable ability to tie together wildly different sounds and styles into an intelligible whole is notable. You can hear the underlying fundamentals of a folk song, however, even in the album’s first cut “First Do No Harm”, but Frey and Andy Wolfe’s guitar work pepper the song with swells of distorted guitar juxtaposed against a jangling acoustic. Synthesizers never really play a lead role in the band’s sound, Kazyak is geared much more compositionally rather than affording its players spotlight moments to show their soloing talents, but Pat Hayes makes important contributions to the song’s sound with his warm synth playing.

Kazyak is engaged with a variety of musical styles so maintaining an ideal balance between their various strands is key to their success. The opening trio of songs included on Reflection attest to this and the second of those three songs, “Our Daydream”, has a simmering rhythm section performance thanks to drummer Nick Grewe and bassist Tyler Safranek, but the interplay between the band’s two guitar players and Pay Hayes’ synth work fill this space with vivid color, but even elements like light banjo surface in the mix. The third song of the trio, “Talking to a Stranger”, draws blood in a way the aforementioned tunes never do and brings banjo back into play, but uses pedals to process and electrify the sound. The result provides the song with some of its most memorable fireworks, but the recurring synth riff from Hayes opening the song sets an early tone as well.

“Androcles” has a strong electric guitar presence, not as heavily involved as we hear on “Talking to a Stranger”, but it adds some timely flourishes throughout the song. Few of the album’s other songs have such a strong folk song influence, but their continuing pursuit of a stylistic hybrid in their songs ringing true with their own voice wrings changes to their traditional vision. I can think of few higher compliments than to say I can’t imagine any band other than Kazyak writing and performing this song. One aspect of the band’s style important to their presentation is their stated desire to write and record music that strikes an accord between the improvisational and planned. The album’s second to last song, “Belmonte”, illustrates that approach for me. The song sounds like it coalesces into being and never settles into any sort of static arrangement – it pursues a sensible and familiar course throughout, but seems in constant evolution throughout.

Few albums in 2018 impress me as much as this. I am a newcomer to the band with this release, but I am unquestionably impressed by the completeness of the band’s musical vision and how it leaves no base uncovered in its search for a definitive personal and collective statement. It’s a bit daunting to consider how much further the band can grow from this early juncture in their careers – the bar is already set extraordinarily high with this release.