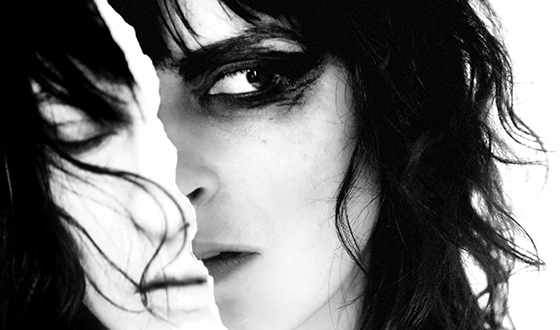 A colorful, echoing guitar lick segues into a throttling, bottom-heavy march in “Gold,” the introductory track in Emma DeCorsey’s solo EP The Dream. Studded with a fiery groove that is tempered under DeCorsey’s melodic growl, “Gold” pendulously struts through a mess of distortion that constantly feels like it’s about to spill out of the speakers and into the physical world. The guitar play is stellar, but startlingly disciplined considering the circumstances, while the drumming (despite being rather muted in contrast to the rest of the band in the master mix) dutifully remains a role player, discharging an even beat and keeping the parameters of the song within the context of traditional alternative rock. DeCorsey is the lynchpin of the track; amidst all the grind of the tempo and the ominous thump of the string section, her vocals remain cool, calm and collected. Lyrically “Gold” doesn’t offer The Dream’s pivotal climax, but sonically this song does everything that an opening salvo should – it sets the mood and tone of the record perfectly.

Listeners get a better grasp of Emma DeCorsey’s versatility as a performer in the songs “Dishes” and “Viber” than they do in track one, but the style of the two compositions couldn’t be much different. “Dishes” is steeped in minimalism; much like “Gold,” the song starts off very melodically, churning us in its strands of harmony juxtaposed with relentless bass. I wouldn’t call The Dream as much guitar-driven as I would tonality-centric. All four of the tracks it contains are as heavy as they come, but they lack the overemphasized guitar pomp that one would typically expect in a modern rock song. “Dishes” never reaches a fever pitch; its luster is exclusively generated by its lumbering main riff, which in turn provides a brilliant backdrop for DeCorsey’s reverent lyrics.

“Viber” is another story altogether. Following the punky insularity of the first two tracks, this song seeps into existence out of an intrepid, neo-progressive void that doesn’t adhere to the same rules as streamlined rock n’ roll does. We drift through a litany of random harmonics and fleeting guitar licks that bump into each other like debris in outer space, and the only entity keeping us grounded to earth is DeCorsey’s velvet soft singing. While I don’t think this song fits in very well on this extended play, I do think that it exhibits her ability to vault between styles in the same setting without sounding artistically disingenuous. The track will likely prove too experimentally fashioned for mainstream rockers, but at the very least it depicts the depth of DeCorsey’s skillset brilliantly.

The Dream ends on strong note with “Just Lick Me,” a sharply scooped sliver of metallic glory that has about as much grace in its tone as a punch in the stomach does. The swinging beat is infectiously provocative, while the unhinged, chilling guitar part that slithers through the violence of the rest of the band at roughly 1:50 is nothing short of haunting. If you couldn’t contend with the frothing bass that greets us early on in this EP, you definitely won’t be able to handle this song, which encapsulates the suffocating heaviness of DeCorsey’s grooves better than any other on the record. It’s still missing a couple of key ingredients, but there’s no arguing that The Dream is a very engaging record that utilizes its limited four-track format exceptionally.

User Rating: Be the first one !
Share
Previous Sarah Parker
Next Kazyak – Reflection