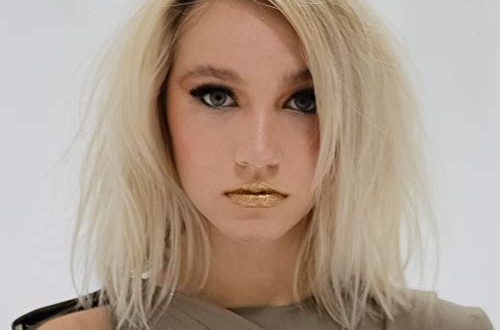 At just 16 years old, up and coming pop singer/songwriter Mariel Darling has been stunning critics across the country lately with her insanely good vocal capabilities, which some have likened to such legends as Madonna and Celine Dion. I myself hadn’t had the chance to really breakdown any of her music until recently, but with the release of the new video for her song “No Mirrors,” the buzz surrounding her fiery young career is too strong for me to ignore her. Her music is very mature for someone her age, but she’s proving to be one of the strongest players in the game in 2018 nevertheless. “No Mirrors” is a great way for the world to get to know her, and as I discovered for myself, there’s a lot to get to know.

“No Mirrors” is a very symbolic pop song, but Mariel Darling doesn’t overcomplicate her lyrics to the point where everything becomes one giant metaphor. She bides her time, slowly unraveling her narrative before us. A lot of her peers in the music industry have had a big problem with creating overly surreal lyrics, especially in the wake of postmodernism’s resurgence, but she doesn’t follow the trend. From what I can tell, a big part of Mariel Darling’s persona involves emphasizing individualism and always being secure in who you are, which obviously wouldn’t mesh very well with someone who is constantly following another person’s lead or giving in to whatever the most popular opinion is just to spare the argument.

There’s a heavy electronica influence present in Mariel Darling’s sound that melds perfectly with her velvet soft vocal range. In areas where the music starts to border on robotic, her voice is there to humanize it and remind us that there’s still some life left in this mostly artificial society we live in. Darling’s primary aesthetic revolves around presenting duality in her perspectives and then letting us discern what her true motivations are for ourselves. It’s a lot less redundant than making everything into a statement about violence or a commentary about excess, and obviously all lyrics become a little more intriguing when they’re accompanied by music that is as angular and translucent as that of “No Mirrors.”

Mariel Darling could very well be the future of pop music incarnate, and at the moment there’s no arguing that she’s the most exciting sensation we’ve witnessed storm onto the indie pop circuit in over a quarter of a century. “No Mirrors” is picking up a lot of momentum and could easily see mainstream airplay before the year is out, and 2019 is already starting to look like it could be a pretty lucrative year for Darling’s camp. There’s an endless number of options for her moving forward, but right now I think she’s doing the right thing in taking her career slow and steady for the moment. Good things come to those who wait, and if we can all manage to maintain a little bit of patience, Mariel Darling is bound to reward us with a soundtrack for the ages.

User Rating: Be the first one !
Share
Previous Corinne Cook – Yes I Can
Next Jupiter in Velvet – Beautiful New Day