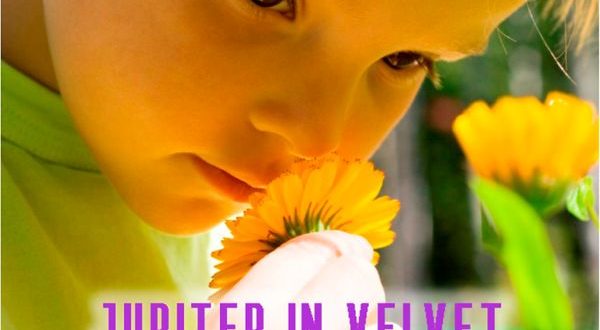 Fusing stoner rock’s mammoth distortion with punk’s visceral rhythms and 80’s heavy metal’s excessive virtuosity, Jupiter in Velvet has struck rock n’ roll gold in his new album Beautiful New Day, and critics from one side of the country to the next cannot stop singing its praises. I’ll be quite frank; I found Beautiful New Day to be completely bizarre in its construction, but the kind of bizarre that makes a Picasso so inescapably hypnotizing. Jupiter in Velvet explores vast sonic waters that run deep, dark and endlessly ambient, and although the conceptual design of Beautiful New Day might seem a bit intimidating on the surface, just give “The Day I Fell From The Stars” a spin to see exactly why even fans of contemporary pop music are calling this the most enthralling album of 2018. I had the pleasure of previewing the album in its entirety ahead of its mid-September release date and was more than impressed with what I found – I was literally moved.

Beautiful New Day isn’t going to have a hard time conquering the indie charts, but I wouldn’t be all that surprised if it makes an easy segue into the mainstream charts as well. Rock bands on the major label level have been severely dragging lately, and it shouldn’t shock anyone that rock’s overall image is suffering as a result. There’s a jaded lack of originality that is rife with the AOR format, and instead of getting intrepid and diving into uncharted waters like Jupiter in Velvet is, most are turning their backs on rock n’ roll altogether. That isn’t an option for Jupiter, and he expresses as much in Beautiful New Day through a series of well sequenced incendiary guitar jams that are guaranteed to leave you begging for more. Musicians around the world strive to create the kind of aesthetical clarity that he does in these songs, and I can vouch as a guitarist myself that this record is nothing to scoff at skill wise.

Rock n’ roll is a vehicle that was originally created to express the most vivid cries of passion ever committed to vinyl, and Beautiful New Day does a good job of living up to that pedigree and then some. Jupiter in Velvet doesn’t strike me as a guy who cares much about chart performance or blowing up Facebook with likes. He’s totally devoted to his work, and if that means rejecting the overbearing commercialism of the industry he’s chosen to be a part of, so be it. I think he deserves a lot of credit for what he’s done, and we can definitely expect more to come from his camp in the future. There’s just too much talent, too much audaciousness to imagine a modern scene that didn’t feature Jupiter’s unique imprint, and anyone worth their sense will tell you just as much. Keep an eye on this songwriter; twenty years from now, up and coming indie artists are going to revere what he’s done, and more importantly, how he did it.