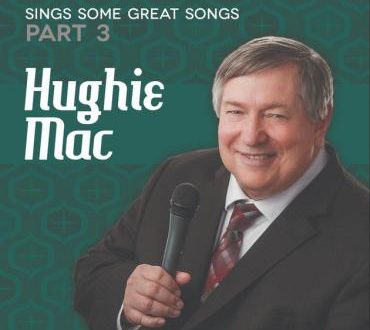 It seems, on the surface, a relatively bold move to record and release an album of classic pop standards in 2018. Some may say foolhardy. The extended success enjoyed by Rod Stewart belies this assumption and numerous other notable singers have taken a turn through the Great American Songbook and finding a surprising amount of mainstream success. It is too easy to say there’s something timeless about the thirty two songs Mac chose for this mammoth collection, but it’s more accurate if we’re specific – these songs, invariably, hail from an era when songwriting was much stricter craft than it is today and guided by melodic strengths later musical revolutions and evolutions don’t embrace. They are songs built for first class vocal interpreters capable of bringing their experiences to life for a listening audience and there’s no question that Mac has the requisite chops required to breathe new life into these venerable tunes.

“Come Dance with Me” opens the release on an upbeat note and Hughie Mac projects an attentive, likable presence from the first line onward. The jazzy accompaniment, complete with brass, is robust without ever sounding overstated and the focus he brings to this song, keeping things short and sweet, extends throughout the entirety of the album. He tackles ‘Ol Blues Eyes with a spirited take on a popular Sinatra standard “The Lady is a Tramp”. Mac’s wry detachment from the lyrics is played perfectly and the vamping horns give the song an added shot of playfulness. Take particular note, however, of the piano running beneath it all and how it steady riffing helps fill out the song.

“You Make Me Feel So Young” definitely qualifies as a pop standard, heard in everything from movies to advertising, but Hughie Mac goes after the song with the confidence of a singer cutting his own definitive version of the tune. He’s a disciplined singer, never pushing too hard on a song, never attempting to dominate the performance to the number’s detriment. We move into the 1960’s with Mac’s cover of Neil Diamond’ s “Cracklin’ Rosie”. The goalposts have moved – it’s a song that’s endured long enough to bear the label “standard” and Mac treats it with just as much focus as we heard with the earlier tracks.

We’re back in the early 20th century American songbook for the well-known “Accentuate the Positive” and the light glide of Mac’s voice syncs up with a steady rolling performance from piano. His clear fit for this older material continues to impress you with another well-known number “I’ve Got You Under My Skin” and he brings the same creativity to his phrasing that defines the album’s stand out songs. “Follow That Dream” draws out one of Mac’s best vocals as he invokes Elvis with a cover of the King’s “Follow That Dream” and the song’s tight shuffle showcases some strong guitar work and drumming. Another of the album’s most entertaining moments arrives with his Everly Brothers cover “Hello Mary Lou” and his obvious love for this music comes through during the chorus and verses alike. It’s simple, laid back, and perks you up without ever coming on too strong. Hughie Mac’s Sings Some Great Songs Part Threes is an expansive collection that takes chances but never fails to entertain.